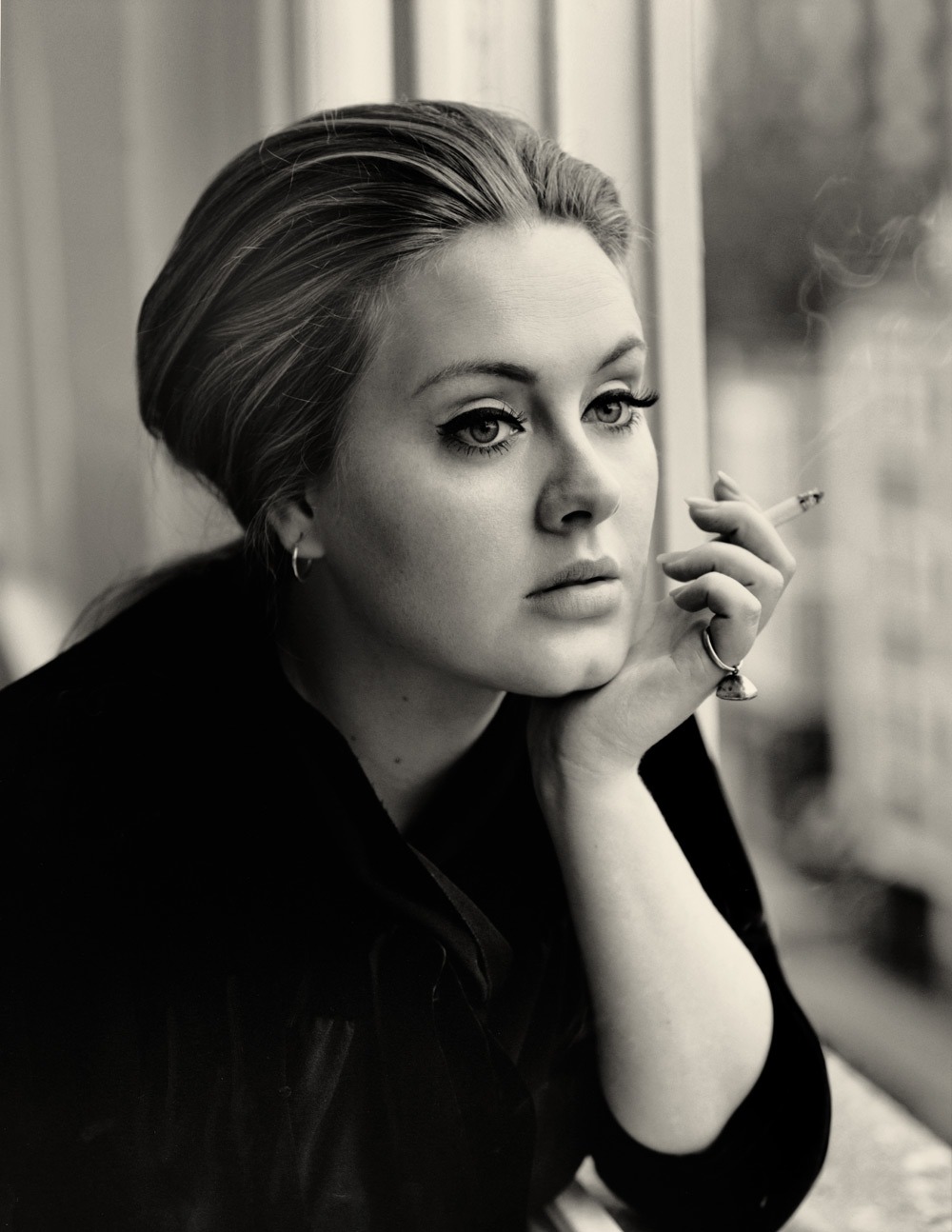 All I’ve heard over the last few weeks is the name Adele.  “Have you heard Adele’s new song?” “Do you like Adele’s new song?” “She’s amazing isn’t she, Adele?”.  Be it family or friends, reading it in the paper, or seeing her constantly trend on Twitter.   October for me, will mainly be remembered as the month of Adele.  Her song “Hello” rocketed to the number 1 slot and has been confirmed as Britain’s biggest selling single for 3 years, she has clearly very much been missed within the music industry.

I think Adele’s new song is a grower.  At first I wasn’t really a huge fan.  It felt a bit lack lustre initially, however, after the 3rd or 4th time of hearing it, I soon conceded; it is a great track.  I’ve heard many others are of this opinion too.

Anyhow, this isn’t the reason for the blog post.  I’m celebrating Adele for a different reason, yes her music is incredible, she is one of the most talented singer/songwriters of my generation.  Adele is an icon and someone who I think is a fantastic role model, she doesn’t feel the need to conform to anything, she is who she is, just with this incredible, undeniable talent to belt out a note and to write songs that resonate with so many people.

What I want to write about here, is the statement Adele released alongside announcing her new album ’25’.  It struck a chord with me – big-time.

Here’s the statement itself for you to have a peruse!

I had a knowing smile on my face while reading this, I agree with Adele on every single point.

I spent the majority of my youth/early adolescence wishing the time away, with absolutely no reason.  I was thinking about this the other day; why did I always want the next birthday to come?  Why did I want to add another number on to my age?  Was it to appear older than I was or to hurry time away so I can reach a point in my life where I feel comfortable and at peace perhaps?  Looking back, it makes absolutely no sense.  I’m 30 in 6 months and being honest, the thought terrifies me.  I don’t want to be 30 and I really don’t feel like I’m 30.  I still feel like I’m 21 (although I certainly don’t look like it) and I have to remind myself that yes, the last 8 years really did happen!  30 years old feels oh so very grown up and responsible, I want to hang on to that 2 at the start of my age, for a little longer yet!

I felt that I changed quite a lot when I turned 25.  I contemplated more, I gave a shit more and thought about the future a hell of a lot more than I did in my early 20’s. But at the same time I also suddenly felt a surge of panic – I referred to the time as my ‘mid twenties crisis’.  I suddenly didn’t feel entirely comfortable with who I was or what I had or hadn’t achieved in my 25 years.  I felt like I wanted to settle down, yet at the same I felt like I wanted to see more of the world, it was a very confusing and strange time, looking back.

I totally get what Adele means about missing everything from her past.  I think this is because once it’s gone, that’s it.  You’re left with your memories and little else.  You’ll never be able to get that time or that experience back, and it really doesn’t matter how many times I was fed up of the situation at the time.

I often wonder if I would love to go back to being 22 or 23 and know what I know now.  I don’t think I would in all honesty, because then I wouldn’t have the experiences, both good and bad and perhaps wouldn’t have learnt all the (sometimes painful) lessons I have.

One thing I do miss, like Adele, is being 15 or 16 years old.  Sitting round the back of a supermarket with my best friend (you know who you are if you’re reading this), putting the world to rights over a cigarette or 5 while sharing a 4 pack of Gregg’s iced ring doughnuts.

We really thought we knew it all at that age, we thought we had the answers for everything, we had it covered.  13 years on, I barely have the answers for anything!  However, I look back at that time fondly and laugh at my 16 year old self and my sheer naivety towards life.  The future didn’t matter when I was that age because I felt like I had all the time in world and I guess for a short while I did.  But that’s just it, as you get older time seems to go faster.  It’s a cliché but time is like holding a handful of sand and watching each grain slip through your fingers.

Consequence is a word that is etched on my brain these days.  Should or shouldn’t I say that?  What might the consequences of that action be?  When I was younger, I didn’t give consequence a second thought.  I lived for the moment and didn’t care about what might follow as a result of my action or my words.  Now I think before I speak, I think before I do and I care about peoples feelings a hell of a lot more than I did when I was younger.  On the whole, I think that’s a good thing just perhaps not as fun though!

Nowadays I don’t put things off as much as I used to.  Instead of thinking “oh I’ll do that tomorrow or the next day” I do it now.  I just get on with it because it’s pointless if you’re putting a task off until next week or next month.  Before you know it, it’s next week and you still have to do what you were dreading doing!

As My Best Friend Turns 30…

Do I Give Too Much Of A Shit?