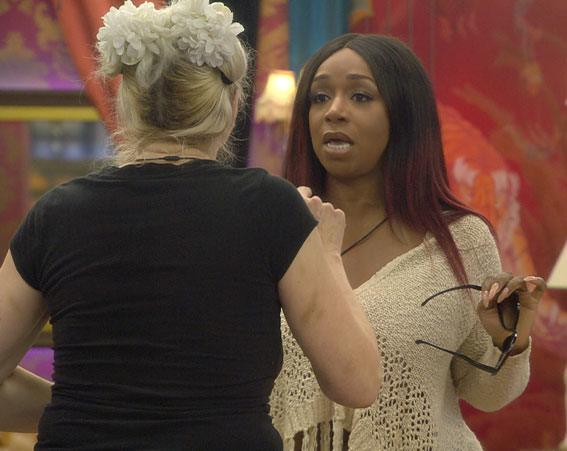 I was tentatively interested in watching the very much talked about episode of Celebrity Big Brother on Tuesday night.

Following the very sad news that David Bowie had passed away on 10th January, this posed an issue to the producers of Big Brother with how they tell his ex wife;  Angie Bowie.

I have to say, I am really glad they broke the news to her off camera.  OK, they haven’t spoken for decades, but he was still a large part of her life for a period of time so she of course needed to be informed.

I, as a viewer, had absolutely no idea just how explosive the fall out of Angie being told the sad news regarding David Bowie would be.  So, I watched (open mouthed) as a huge comedy of errors (as Angie pertinently called it) ensued.

Here’s my take on what has to be, one of the strangest and most explosive episodes of CBB for quite some time.

As aforementioned,  I’m pleased Angie was told off camera.  I didn’t want to see Angie being informed of the news, that’s a private moment as far as I’m concerned.  How she decided to proceed once informed of the news was her decision.  I explained in a previous post how I feel that Angie would’ve been damned if she left and damned if she didn’t.  Everyone has their views and I firmly believe her decision was hers to make and hers to be respected, universal vilification is totally unnecessary.  Some of the comments I have seen on social media have rendered me speechless.  I strongly suggest the people who have been ‘disgusted’ by her choice to remain in the house find something else to be disgusted about.  There’s plenty of material out there guys.

First and foremost, lets talk about the awkward encounter between Tiff and Angie; this was when Angie decided to share her sad news with her housemate.  This really was the biggest misunderstanding Big Brother has ever seen in my opinion.  Angie NEVER said it was David Gest who had passed away,  that was a blatant mistruth and Tiff ran away with her lie.

If Tiff truly believed that David Gest had died then I don’t necessarily think her reaction was hugely OTT, it of course would have been a huge shock.  Can you imagine, however, what must have been going through Angie’s head when she was dealing with Tiff’s huge emotional outburst when she was telling her that her ex husband had died?  Was she thinking is Tiff a massive Bowie fan or something?

The camera panning to the other housemates outside enjoying a cigarette while Tiff was practically on her knees hollering was made a brilliant scene by Darren Day saying in a deadpan tone “what the FUCK is all that about”?

When Angie held her head in her hands saying to herself “oh great” and “this is not going well”, I just wanted to laugh.  I shouldn’t have laughed, but I couldn’t help it, the poor woman had already dealt with the shock that her ex had died and was now having to pick up the pieces of Tiff’s huge outburst.

When Tiff decided she had to tell the rest of the housemates that “David” was dead Christopher Maloney’s facial expression would have been much more exaggerated had he not recently invested £60,000 in cosmetic surgery.  You could see he was dying to be a bit more expressional but couldn’t quite get his facial muscles to do so.

When all the housemates who had just been told that “David” had died, ran into the bedroom to check the news out for themselves and you saw the duvet move slightly, I was chuckling to myself.  Hard.  Poor bloke’s just trying to get a kip in peace and now everyone thinks he’s shuffled off this mortal coil.

Gemma watching it all kick off open mouthed, was exactly how I was in front of my television.  I didn’t know where to look, I felt like I shouldn’t be watching but I simply had to.

The look on Angie’s face when she realised that Tiff had told everyone David Gest had died said it all.  What. A. Fuck. Up.  “I forgot that she screams”.  Oh Angie, you’ll never make that mistake again in the future, I can still hear the noise now.

Jonathan had the quote of the episode as far as I’m concerned.  “I’m not well with crazy people, I don’t have that in my life”.  Errrrmmmm Jonathan, allow me to introduce you to your BFF. 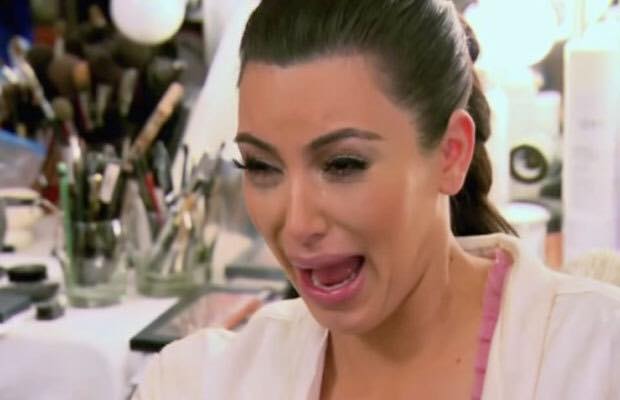 I’m far from Gemma Collins’ biggest fan, however, her piping up with “I want me shoes back” cracked me right up.  Just brilliant.

Did anyone feel sorry for Tiff, when she was told by John et al that nobody wanted her in the house anymore?  I have to admit I did.  All the way up until she turned around and said “I’m not apologising to that old bitch”, when asked if she should apologise to Angie.

Gemma attempting to help Tiff smooth things over by suggesting she asks if she could make anyone a cup of tea or coffee was another comedy highlight.  Things have to be bad when Gemma Collins is giving you lessons on how to improve your manners and personality.  Joking aside though, I do believe that Gemma was doing that for Tiff’s benefit and nothing else, although I’d have a grand over a cup of tea any day and I LOVE tea.

Once things had calmed down slightly, the episode took an even stranger turn (if that was possible), with Jeremy dressing up as David Gest’s former wife; Liza Minnelli and going on a date with David.  Cue my mouth hitting the floor once again, in pure confusion.  At this point I needed to take a lie down.  In a darkened room with a cold flannel over my head.

Talking of laying down, for me, the most shocking thing about this absolute comedy of errors, was the fact that David Gest slept through the whole fiasco.  He clearly needed that nap and as someone who regularly suffers from insomnia, I’d quite like to know what he takes to put him into such a deep sleep! 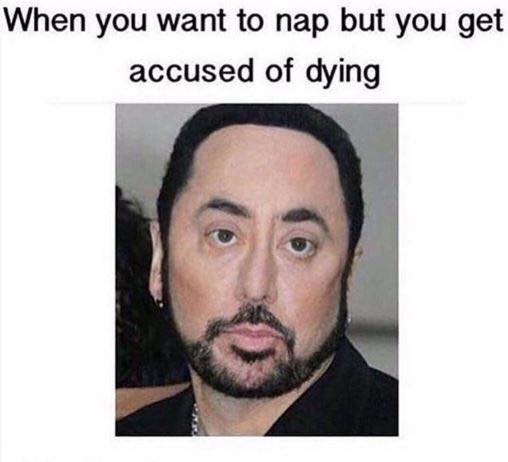 A friend of mine tagged me in this picture on Facebook and I just had to share!