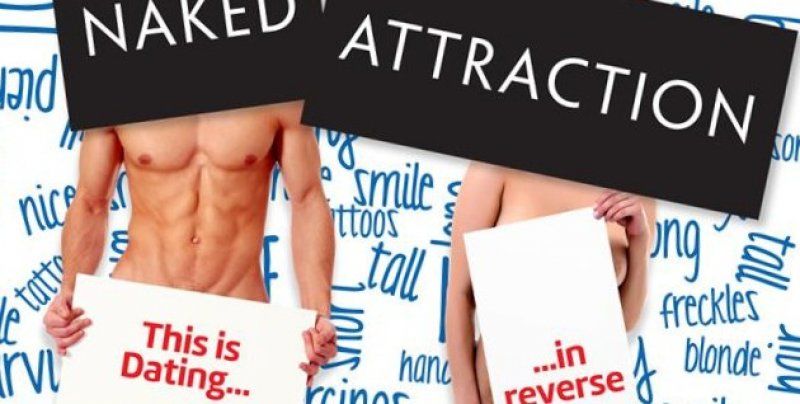 It takes a lot to shock me. I like to think I’m quite a liberal minded person.  But even I could not believe my eyes when I sat down to watch the new Channel 4 dating show aptly named Naked Attraction.

In my naivety, I pondered; naked? Just how naked is this?  I mean, it’s Channel 4, which as we’re well versed, they don’t tend to shy away from being slightly controversial but are we really going to be seeing a bunch of would be daters in all their entirety?  Willies an’ all?

Well, yes my friends, we are.

The men and women who have taken part in this rather daring show are sick of how dating has become. As I’ve been shacked up for the last (almost) 6 years, I have no idea what goes on with Tinder and the like.  All I know is that you have to swipe if you’re interested.  And that is where my knowledge of internet dating in 2016 ends.

Of course, I’ve used internet dating before. Heck, I met the father of my child on Plenty of Fish.  Yep, that’s the official way we met; despite the fact I’ve told many people over the years the ‘unofficial version’.

I hear that in many major cities across the country, dating has almost become something of a hobby and it’s not unheard of to have several dates on the go at once.

These people are brave (and possibly stupid? The juries out on this). They are stripping themselves totally bare to basically be judged by a would be suitor.  Where some daters might wait 2 or maybe 5 dates (what’s the protocol these days?) before baring all, these lads and ladies are cutting straight to the chase!

First up we had Aina, she would scan the room which had 6 men stark bollock naked. These 6 men had attributes that Aina had previously said she may find attractive.  So, for example, Naked Man 1 might have a tattoo on his leg and Naked Man 2 might have a large appendage, Aina would have said she found these things attractive.  She will then get to see these men, bit by bit (literally).

Are you with me? Right, on with the game.

First up, we have the bottom half. And some man has a tattoo of an elephant’s ears right by his Willy (complete with tusks).  I’ll spare you the visual aid, but the Willy is the trunk and I’ll let your imagination paint the rest of the picture.

Aina wants to have a close up of Naked Man 1. He’s doing some weird shit with his ball sac that I’ve never seen before.  And quite frankly never want to see again.  It’s weird and I don’t like it.

Bums are also up for evaluation. Now, I am partial to a nice rear end on a man and there most definitely appeared to be some lovely bottoms.  Once bottoms have been surveyed we have to lose a Naked Man.  It’s all very Britain’s Got Talent at this point and I’m just waiting for Simon Cowell to come on screen and start giving his verdict.

The man who is given the boot has to come on stage and meet the woman who didn’t like what she saw. They awkwardly hug, whilst he’s got his wanger out and it’s all very strange and very Channel 4.

Time for the middle part of the body now as the screen showcases some more of the Naked Men. Aina has decided she doesn’t like Maxwell’s middle but she was a fan of his bouncy balls.  I wasn’t.  I don’t want to see his bouncy balls in my face ever again, thanks.

Now we’re left with 4 Naked Men. Time for them to bare their faces before one is given their marching orders again. Cue the awkward Willy out hugs once again.  The guy who has been dismissed is a dance teacher and he wastes no time in pulling a few signature moves.  His Willy flapping about all over the show.  It’s at this moment I take a breather and wonder WHAT ON EARTH AM I WATCHING??!!!

Back on with the show. I have to see it through.  For research purposes of course.

Each of the remaining men now have to list their least and most favourite part of their body. Elephant Tattoo Guy says, surprisingly, that his tattoo is his least favourite.  I’m not bloody surprised mate, I’d run a bloody mile if I saw that thing come at me.

And then there were 2.

It’s time for Aina to also flash the flesh and strip off. By now it’s feeling a little like a drinking game gone awfully wrong and I’m wondering why on earth I’m still stone cold sober.

Aina’s pubic hair gets the conversation flowing. Do the 2 remaining Naked Men like her full on bush?  He doesn’t like it when it goes round the back apparently.

The decisions is now Aina’s. Who will she choose?

She chose the bloke who doesn’t mind her hairy pits (fair play to her mind, I’m considering embracing my body hair in all its glory now – much to Wes’ dismay).

The next stage of the game is for them to go on a date. A fully clothed date.  I’m interested to see how this will pan out.  Will it be awkward because they’ve seen each other’s bits? Or will it be quite the opposite?

It all seems really chilled and they appear to have a natural chemistry. A month later we see that they’re still seeing each other.  Aina and Matty are of the opinion Naked Attraction worked for them.

Things take an interesting turn with the next dater sizing up a potential partner. Mal is bisexual and will be looking at both men and women.

Mal likes the look of a woman first of all, mainly because of her tattoo. A tattoo no one is quite sure what it means.  We’re now talking fanny’s and labia’s and I feel like I’m learning a lot about the female anatomy. Mal’s had awkward run in’s with pubic hair before but apparently there’s something in the scent of a woman’s pubic hair that can arouse a man.  Interesting.

Bottoms up now (literally). And Mal likes one particular bum that has a rather hairy crack.

We’re talking moles and apparently the more moles you have the younger you often appear. I’m now embracing the rather large one I have on my right tit in the vein hope it’s going to help me stay youthful.  I’m not hopeful.

One of the guys who has been evicted has taken slight umbrage to the fact Mal cited his rather large cock as being the reason he had to go.   I wonder if he was hoping that would be his USP perhaps?

Once we see the remaining 4 in their entirety, Mal gets a chance to take a closer look at each of them. She has a penchant for a clavicle (collarbone to you and I) and while a couple of Naked People have that for Mal, the last lady doesn’t.  But her face makes up for it.  Nice.

2 women and 1 man left now and Mal has high hopes for her 1 remaining man. She wants him to have a Kentish/Australian accent.  Not quite sure how that works.  Turns out he has an Italian accent.  Talking of accents apparently the British accent is the 1st most datable accent.  Clearly they ain’t never heard mine.  Like Vicky Pollard on helium.  Horrific.

The final 2 are women for Mal and now it’s time for her to join them in their nakedness. Nice, neat vagina is how Mal is summed up by the 2 potential daters.

The decision on who Mal dates is now to be made and unfortunately for one of the ladies she happens to look like Mal’s ex so it’s (beef) curtains for her. Sorry I couldn’t resist, it’s all this talk of minges.

Their clothed date goes well. Mal’s date says she feels comfortable as they’ve already seen each other in the buff.  2 weeks later and they’re hopeful of seeing each other again.  Ah, I love a happy ending.

As for me, yeah I’ll probably watch this show when it’s next on. I got quite into it once I got over my initial shock of all the tits, arse and cock’s flying about.  I can imagine it feels quite liberating.  Would I go on the show if I were single?  Would I balls.  No, not those dancing ones that were on earlier in the show.  Less said about those bad boys the better. 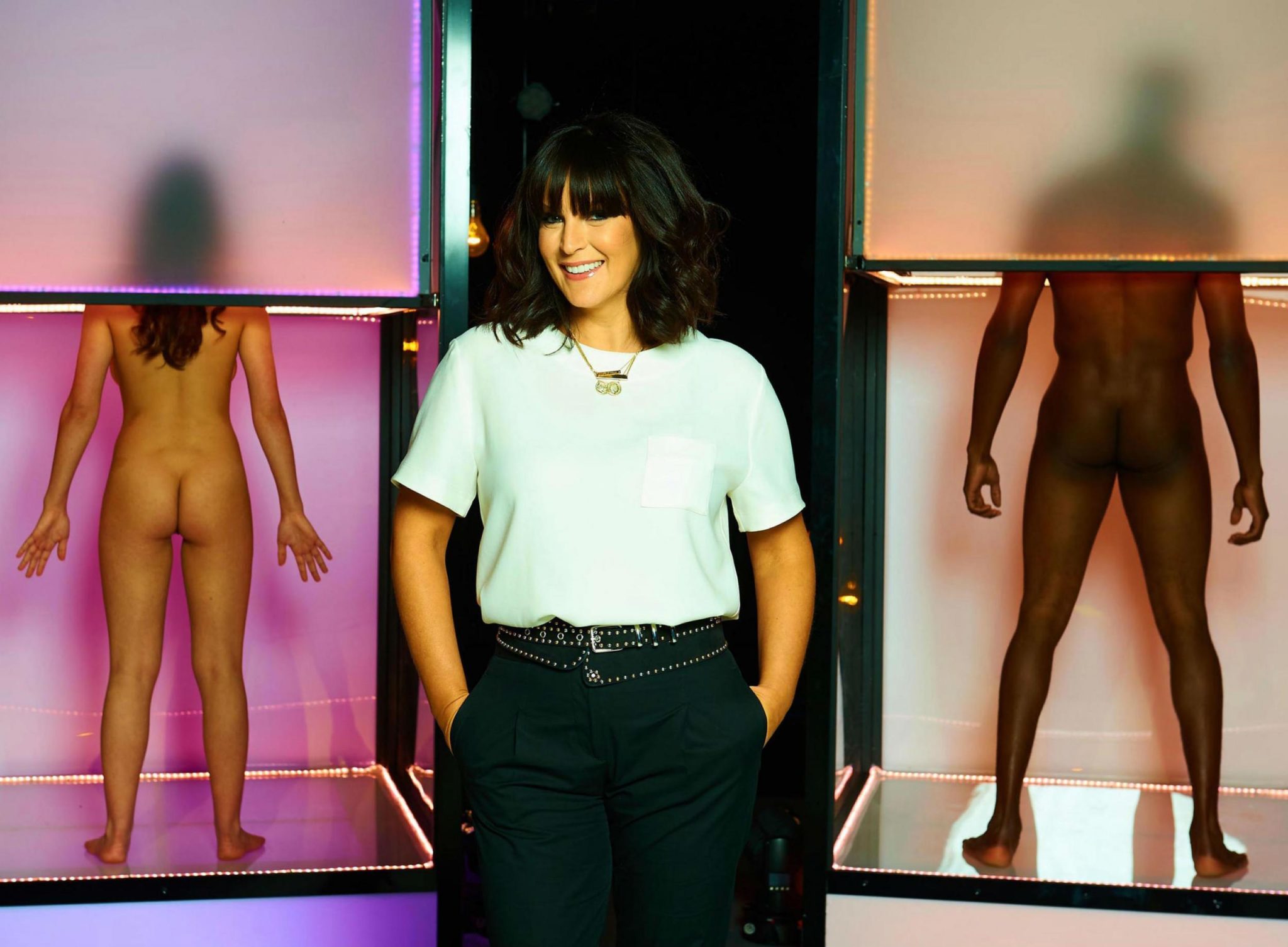