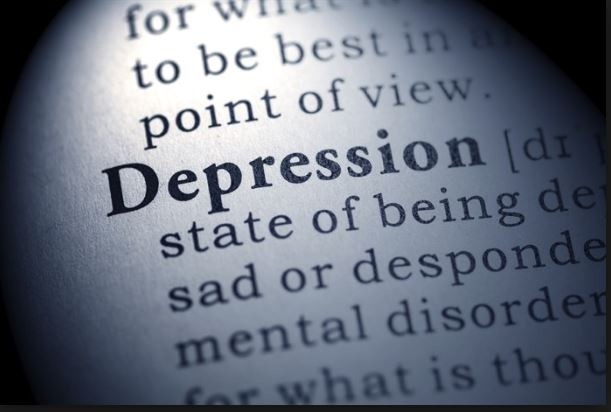 This week is Post Natal Depression Awareness Week, an illness that many of you will know strikes a chord with me.

I suffered from PND as well as Post Natal Anxiety throughout 2014 and part of 2015, it was a horrendous time in my life and something that whilst in the terrifying grips of it, I thought I’d never recover from.

I didn’t recognise myself. My once gregarious, fun loving personality was all but a distant memory and my confidence was at sub level.

The only time I wasn’t weighed down by my fast paced negative thoughts was when I was asleep. I would look forward to the end of the day when putting my head on the pillow was akin to flicking an off switch in my brain.  The first feeling I felt upon waking up the next day was dread.  Overwhelming dread.  Sheer trepidation for what was to come on this new day.  What awful thoughts would reverberate today?  How many times will I find myself crying?  Tears of exhaustion, frustration and pure sadness would fall down my face for hours at a time.

Every task I undertook would feel mountainous, no matter how menial it was. Each day was worse than the day before, despite me hoping and praying that when I’d go to bed, I’d wake up the next morning and I would no longer feel so desolate.

I’d sit and wish I could turn the clock back to a time when I didn’t feel like this. I’d mentally regress back to times I felt happy and free and wished so hard I could go back to then that it would make my eyes sting with tears.

When the illness finally reached its peak in early January 2015, I could barely speak. I remember languishing in bed shortly after the New Year, my Mum would come to my house and will me to get out of bed, will me to speak to her, to just do anything.  But I’d lay there, looking out the window wishing I was anywhere other than where I was.  Wishing I was anyone apart from myself.

Admitting things had hit rock bottom was when my life began to turn around. The medication I’d previously been prescribed but was too frightened to take didn’t feel like such a scary prospect.  Those tablets changed my life beyond recognition.  Therapy allowed me to confront feelings and experiences of the past and no longer shy away from them.  Talking to a counsellor proved to me I wasn’t a terrible person who was capable of awful things.

That period of time feels like a lifetime ago.

They say time is a healer, and I’m a huge believer in that. One way I’ve combatted my anxiety is to remind myself that the feelings I may experience are only temporary.  I say to myself “will this still bother you this time next week?” – chances are they won’t.  Life moves on, we keep putting one foot in front of the other and carry on with the path we take.

However, even now; 2 years on, looking at photos of the first year of my son’s life, I can’t help but feel sad.

The weekend just gone, I happened to be on my Mum’s laptop and stumbled upon a folder of photos she had saved from my little boys first year. An absolutely gorgeous collection of snaps that captured his first year in the world, but as I flicked between each one, the tears in my eyes began to fall.  Each photo reminded me of how I felt at that time.  The sadness, the devastation, the anger and the overwhelming anxiety that was always there on my doorstep; no matter where I turned.

I’ll never be able to get that time back.  Time has passed and the symptoms of the devastating illness are long gone, however the memories remain.

My son will be an only child, for various reasons I’ve touched on previously. And while I’m confident in that decision, I feel despondent knowing I’ll never be able to do things differently.  Of course, I know I couldn’t help getting ill, I couldn’t help feeling how I felt, none of it was my fault and although I often blamed myself when I was unwell, I no longer do that.

Luckily, there have been no long lasting effects of my depression on my relationship with my son and for that I’m eternally grateful. He brings the most incredible joy and happiness to my life and I’m immensely proud of the super little boy he’s become (even if there are times he exasperates me – the terrible two’s; they really are a thing people!).

To anyone who thinks they may be suffering from post-natal depression or anxiety or perhaps you may know someone who is. Get help.  Seek support, believe me it’s out there.  You can and you will get better.  I’m testament to that.