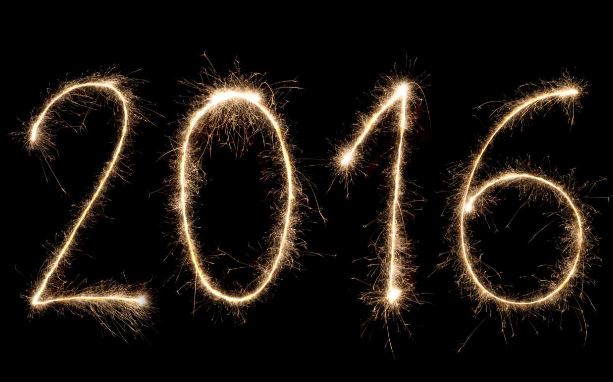 2016.  The year will go down in history I’m sure. We’ve had it all; political controversies, celebrity death after death and what has often felt like a constant stream of bad news.

If someone had pulled me to one side a year ago and said Donald Trump will be POTUS, George Michael will die on Christmas Day (I’m devo’d) or a 30 something, middle class female rapper called Honey G would be in the finals of X Factor and land a record deal, I’d likely question what you’d been drinking. Then ask if I could have some.

This year has been odd. There’s no doubt about it. In fact, things got so odd that yesterday Buckingham Palace had to release a statement confirming the Queen hadn’t joined the long list of famous faces who have sadly passed this year.  All because some sad bastard started a hoax on Twitter.  The power of social media eh?

With all of the drama 2016 has brought us, month after month, sometimes week after week, I thought I’d create my very own Our Rach Awards. It won’t be as glitzy as the Oscars, I’m currently sat writing this article covered in spots (bastard hormones) and adorning mismatched pyjamas, the shorts are from LIDL.  Never let it be said class doesn’t ooze out of my pores.

Anyway, enough digressing. Let’s get on with the show. I’ve got some celebs to give a dressing down.  But first, let’s get the niceties done.   I can be nice, sometimes.

WOMAN OF THE YEAR

SO MANY WOMEN TO CHOOSE FROM!!!

There are a huge amount of famous women I look up to and admire, for a whole raft of reasons. I adore strong women.  Women who have weathered storms, women who carry on in the face of adversity.  Those women are my heroes.

Don’t worry, I won’t be doing a ‘Glamour Magazine’ and awarding it to Bono. I didn’t realise he’d treated himself to a fanny this year.

Instead, I’m going to hand it to Adele.  The insanely talented, down to earth, doesn’t give a flying fuck; Adele.  I adore the woman.  I was so lucky to see her sing live in April this year and she really didn’t disappoint.  But that’s not the main reason I’m going to hand her my Woman Of The Year award.  Her candidness when explaining her experience with Post Natal Depression, resonated with me so much.  And I believe that despite the interview for Vanity Fair possibly being just another press call, Adele did more for us women than she’ll ever know. 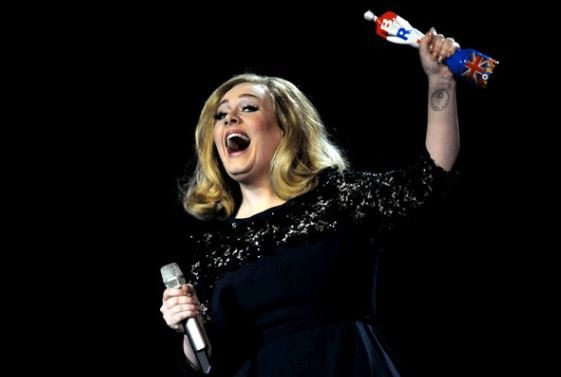 Adele receiving my Woman Of The Year award.  Probably.

I can be a bit of a Twitter twat on occasion, so by rights I should probably award myself this accolade, but I’m not famous thus I’ll need to hand this award to someone much more deserving.

There’s plenty of twats about on Twitter, I’ve lost count of the amount of eye rolls I do whilst scrolling through my time line.

I did consider awarding Karen Danzcuk the honour but then I’ve already made my feelings abundantly clear with regards to her.

Instead, it has to go to Kanye West. There have been so many times this year I’ve pictured in my head, Kim Kardashian taking a call from her Momager; Kris Jenner.  Kris says to Kim “He’s done it again, he’s found his bloody phone and he’s sent yet another inane rambling out into the Twittersphere”.  I can’t even remember how many times Kanye’s been trending on Twitter because of some bullshit he’s put out there.  Here’s a few of my personal favourites.  And remember, no one loves Kanye as much as Kanye loves Kanye.

I wonder if Kris Jenner tells him what to tweet.

You’re always welcome round my gaff love.  How do you take your tea?

What have they ever done to you?

There’s been some right celebrity beef this year. I fucking love a good row between the Z Listers.  Z List arguments are the best arguments.  Only yesterday I watched a huge one unfold between ultimate Z Listers Nicola McLean, Danielle Lloyd and Maria Fowler.  It was epic.  Even if I had to re-read the insults a fair few times because they were so poorly written.

You may be surprised to see that my Roast Beef award won’t be handed to a Z Lister. While they couldn’t ever be referred to as an A – Lister or even maybe B List they’re both certainly a little higher up the celeb ladder than Nicola McLean.

Back in August, a public spat kicked off between Mark Wright and Danny ‘facking’ Dyer. It occured at V Festival of all places, and I was gutted that I happened to be at the V Festival up north, as opposed to the one in Essex where the beef was most certainly roasting.  According to various sources, the row had been brewing for quite a while after Mark ‘slapped’ Danny at a celebrity football match earlier in the year.  Their paths crossed at V Fest some months later and a massive row ensued.  Apparently Danny was attacked by some of Mark’s crew (LOLS at that word, reminds me of So Solid Crew) in front of his daughter while Justin Bieber was putting on a show.  Beefy. 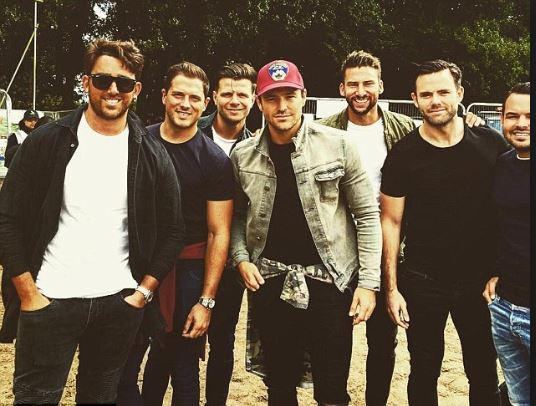 Mark Wright and his crew.  ‘Ard as fuck.

There’s been some exceptional television throughout 2016. Happy Valley will probably be my most favourite televisual discovery this year, we were obsessed in our house.  Sarah Lancashire needs to win all the awards.

And while there’s been some exceptional TV in the form of the soaps and dramas there’s also been some exceptionally strange TV too. Love Island was the one show I couldn’t miss an episode of.  Brilliant concept.  Celebrity Big Brother was also as strange as it was addictive; especially the series with David Gest.  Who could have predicted he would ‘die twice’? But my award for strangest TV moment doesn’t go to CBB or Love Island it goes to another reality TV show instead.

The Baby Diaries was a one off show that was aired back in February. It starred Sam Faiers of TOWIE fame, following her pregnancy and the early days of motherhood.  It provided one of the most talked about TV moments of 2016 and landed Sam another series later in the year, this time called The Mummy Diaries.  Original.

The scene in question that got Twitter buzzing, Mumsnet forums debating and people vomiting centred around a kiss. However, it wasn’t a kiss between Sam and the father of the baby; Paul, instead one between Paul and his Mother.  It was shall we say, unexpected. 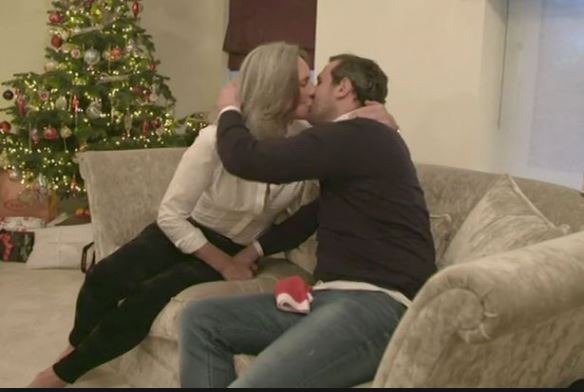 You haven’t just eaten have you?

This one is easy. Of course, I could have handed it to Cheryl Cole/Tweedy/ whatshernametoday, 2016 has been quite a busy year for her.  However, when I think about rebound relationships there’s just one name that pops into my head.  And that is Taylor Swift.  Swift by name, swift by nature.  She’d barely been apart from FITLORD Calvin Harris for a few days before she’s splashing around in the sea with Tom Hiddleston, whilst he’s adorning a I LOVE TS shirt.  I MEAN SERIOUSLY?  You’re a highly credible actor, someone who is tipped to be going places and now you’ve just become songwriting fodder.  Because that’s what she’ll do Tom, she’ll write a song about you and get all her Victoria Secret pals to star in the video.  Alas, this relationship didn’t last and after 3 heady months, lots of air miles and plenty of PDA’s they crashed and burned.  Another Swift relationship on the scrapheap.

When Angelina Jolie and Brad Pitt announced their divorce at the end of the Summer, I wanted to put money on the fact she’d slide into Brad’s DMs. Sadly, I’ve not been proven right on my little prediction, but there’s still time.  Watch this space. 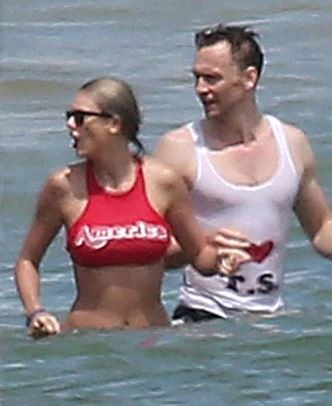 At which point did Tom think this vest would be a good idea?

OVERSHARER OF THE YEAR

Again, if I were a celeb I’d stick myself under this heading as there’s nothing that’s off limits when it comes to my life. Much to the dread of others, I’m sure.  Instead, I have to award this accolade to Queen of the Oversharers; Katie Price.  If she had piles, we’d see them, I’m sure.  It’s been a rocky year for Katie Price, she’s been dogged by lots of divorce rumours, her stepfather has been in court on a rape charge (found not guilty) and she’s recently announced she is quitting the booze, following a video that was made public of her drunken escapades at a paid Christmas party appearance she undertook.  She got £13,000 for that gig mind.  THIRTEEN SODDING GRAND to get pissed up and take a few photos.  Only she gave the attendees of the Christmas party more than they bargained for by all accounts. Along with former lover Dane Bowers (if he was paid £13,000 an’ all then there is something SERIOUSLY wrong with the world) she put on the performance of a life time.  Declaring that Dane was the love of her life (soz about that Kieran), she sang (I use the word loosely), swore at the audience (nice) and bared her breasts in the toilet.  I almost felt like I’d woken up in 1999 when I read the papers the following day.  Reading some of her publicised antics made me realise I’m practically Mary bloody Poppins when I’m out of an evening.  She even asked the manager’s wife if he was “fucking me or you tonight”.  IMAGINE THE BEER FEAR THE NEXT DAY! 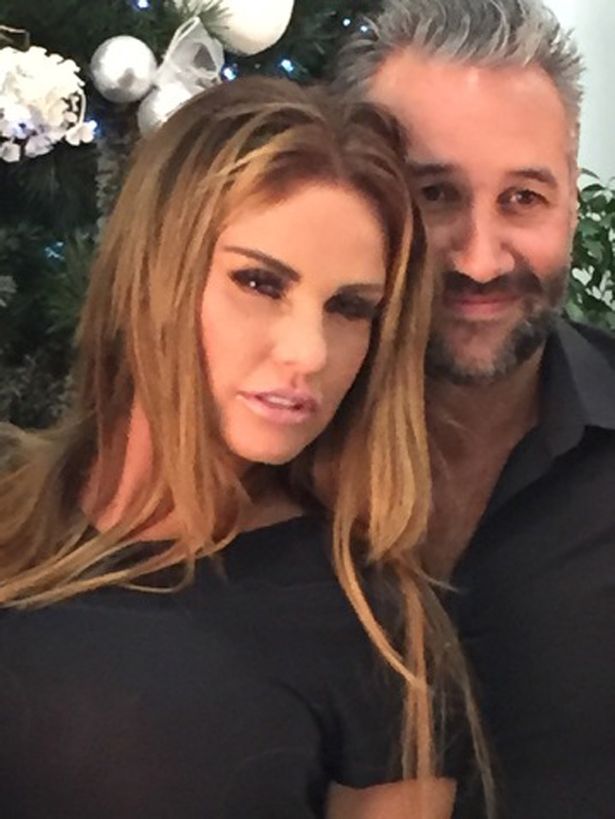 That’s the look of “I had a lucky escape”.

So, there you have it. My very own awards ceremony, just without the fizz and the glamour.  I could go on, believe me I could.  But I’m currently on 1600 words and there’s an episode of Corrie I need to catch up on.

Happy New Year you beauties, have a good un. Perhaps take a leaf out of Katie Price’s book and stay off the booze if you have a penchant for getting your boobs out in toilets.  Although, we’ve all done it……haven’t we?