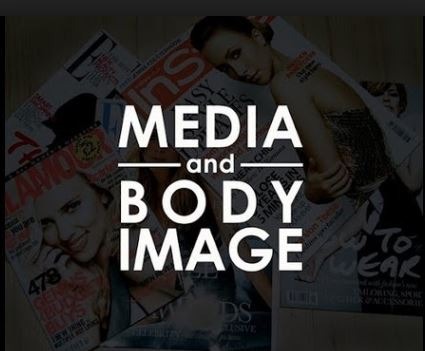 If there’s one thing the media have become obsessed with over the last decade or so then it is weight. More specifically; women’s weight.

I’ve lost count of the times I’ve read an article where the sole purpose behind it is to either berate a female celebrity for being too fat or for being too slim.

And I am SICK of it.

I’m sick of the pressure being applied to women; any age, regarding their body image.

I’m sick of seeing the following words in the majority of articles; fuller figure, flaunting, showcasing her curves, yo-yo dieter.

I’m sick of women feeling like they have to conform to whatever body image is deemed ‘the norm’ by the media.

The subject of the body obsessed tabloid press this week was Big Brother alumni Chantelle Houghton.

Now, it’s not often I sympathise with Chantelle, the way she has courted the press over the years leaves me feeling anything but sympathetic for her. However, this week I read an article featuring Chantelle that, to be quite frank, boiled my piss.

I don’t help myself you see, I am that idiot who always falls for the clickbait headline.  Before I can even say to myself “don’t do it, you’ll wind yourself up” I’ve clicked on it.  And of course, I’m wound up.

The photos included in the article of Chantelle were of her being papped whilst taking a walk.  She was wearing a jumper, leggings and trainers.  Walking alongside an older gentleman, seemingly unaware of the camera that was snapping away at her.  I say seemingly unaware because I’m always slightly cynical they’re set up pap shots and the celebrity in question is in on it.

Underneath the photo below were the words “Chantelle flashed her curves”

They make it sound like she stripped down to her knickers and ran across a football pitch hollering “look at me everyone”.

And, dare I ask, where are these curves you speak of? 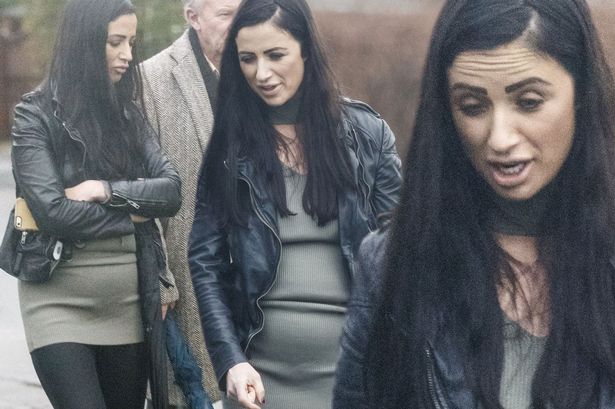 OK, if I squint hard enough I can see a hint of a slightly rounded tummy, but Jesus wept, aren’t us women allowed to bloat every now and again without being accused of having a slightly fuller figure? You should see the size of my belly after I’ve eaten a pizza when I’m due on my period; I look about 6 months pregnant.

THERE IS NOTHING WRONG WITH CHANTELLE’S FIGURE.

These photos did not warrant a full article depicting her battle with her weight.

“It looks like Chantelle has given up on her new year’s resolution” writes the journalist, who I’m hoping hated writing every word.  No one can be happy in their job writing that sort of bile can they?

“Despite flaunting (there we go again) a slimmed down figure in November, Chantelle stepped out with a pal yesterday in a pair of black leggings and an unflattering green T-shirt that clung to her curves.”

For a start it’s not a green t-shirt, it’s a jumper you morons. And if my legs looked that good in a pair of leggings I’d be doing cartwheels down the street.

Also, I’d like to raise issue with the ‘clung to her curves’ bit, if anything it looks like that top is a little too big for her, so you can stick that in your pipe and smoke it an’ all.

What size do we have to be to please the media I wonder?  A size 8? A size 6? Or the much talked about size 0?

Is this what we want young girls to be reading?  A catty article calling out a woman for having a healthy body type? I worry that impressionable young girls could read the piece on Chantelle, look at their similar figure and feel like they have to do something about it.  All because some idiot journalist had nothing to write about that day so decided it was time to pick on a woman’s body just for clicks.

Last weekend there was much in the press surrounding the subject of anorexia.  Mark Austin; TV journalist, took part in an interview with a Sunday Times supplement to discuss his daughters experience with the illness.

I read it.  And it was hard going. However, I am very much of the opinion that anorexia is an illness that needs more awareness.

At the age of 17 I was a day patient in a psychiatric hospital.  Although I didn’t have anorexia, I did have a mental illness that meant I wasn’t eating properly.  There were patients in the hospital who did have anorexia.  Their plight was desperate.  They were very ill and would expect to be in that hospital for several months whilst they received the treatment they desperately needed.

The thought of any young girl feeling like they don’t conform to what is purported to be the ‘norm’ breaks my heart.  Anorexia doesn’t discriminate. And articles like the one I’ve written about today will not help with ensuring women and girls feel body confident.  It will only make them feel worse and that, I feel, is very dangerous territory.  Taking this into account, I can’t help but think the media have a responsibility here, a responsibility they’re not only shirking but they’re basically sticking a metaphorical middle finger to.

What Do You Mean You Don’t Want Kids?

Don’t Bite The Hand That Feeds You