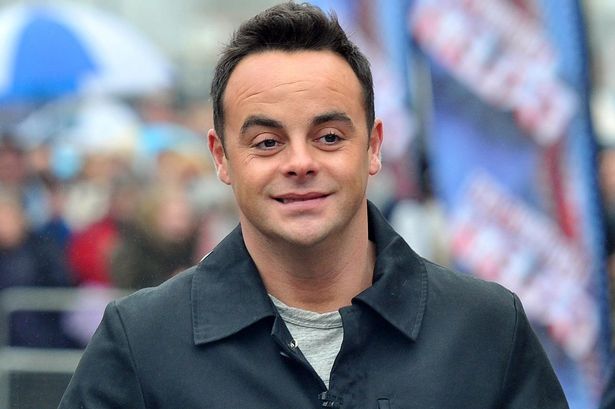 I was really sad to learn of Ant McPartlin’s recent admission with regards to his addiction to prescription drugs and alcohol and his diagnosis of depression.

Sad, obviously, because it’s an awful thing to go through; for anyone. But that sadness, for me, was compounded.

I, along with millions of others the world over, learnt of Ant’s current situation via the tabloid media.

The Sun, a newspaper which has courted controversy over the decades was the tabloid who obtained the “scoop”.   There are many people who are open about their disdain for the low rent rag.  Gutter press are two words often associated with the paper.  The fact that the newspaper is owned by the reviled Rupert Murdoch doesn’t exactly help its cause.  Neither does the controversial and quite frankly disgusting way it dealt with the tragic Hillsborough incident.

This is why I was surprised that The Sun on Sunday, a paper so often heavily criticised was the tabloid Ant had disclosed this personal and sensitive information to. 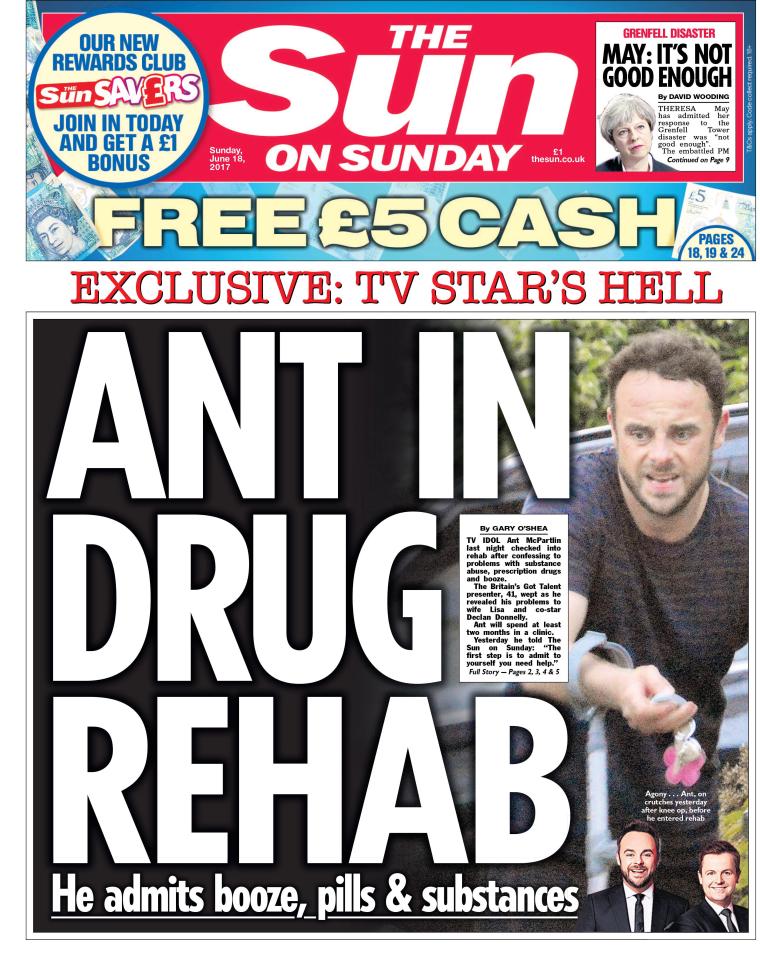 In fact, so surprised that it got me thinking.

The way the tabloid press have conducted themselves over the years, especially when it comes to celebrities and their private lives has been nothing short of eye opening.

I’ve read, countless of times, how they secure their exclusives.

The journalists will receive a tip off, perhaps from a “friend” or family member. Or maybe a random who just happened to see something.  They’ll begin to fit the pieces together, do their groundwork, stick paps in bushes; that type of thing and then head to the celebrity in question with the information they know.

They’ll run the story they have regardless. Unless of course the celebrity seeks legal advice and whacks an expensive injunction on their arses.  Think Ryan Giggs.  Allegedly, of course.

The rag and the celeb, perhaps along with said celebs management will enter into discussions. The rag will say they’re going to run a story and that celeb either has the option to speak openly and candidly about their personal situation or they’ll just write what they “know” about it.

That celebrity then finds themselves in a difficult predicament. The tabloid is going to write about them regardless.  It will be as salacious as possible, written as sexily as they can feasibly get away with, all with the view to securing as many sales as they can.  It doesn’t matter who the tabloid hurts in the process, it doesn’t matter who they upset or the devastation they could cause because sales matter.  After all; today’s news, tomorrows chip paper.  Although, that’s not exactly the case in this digital world these days.

So, the celebrity will think about it. Their hands almost tied.  Do they let the rag run with the story and print what they want or does the celeb take control of the situation and ensure as best they can that the paper will tell the story in their own words.

I’m not necessarily suggesting this was the case with Ant. But it did get me thinking.

I’m all for mental health awareness. The more people in the public eye who talk about their experiences with mental illness the more that ever present stigma will be torn down.

That celebrity’s mental health is paramount here. Their recovery is imperative.  They have to do all they can to ensure they get the help and support they need and they take the appropriate time to do so.  Without the glare of the media.  Without the world watching them.

Perhaps Ant wanted to be open and decided The Sun on Sunday was the media outlet of choice for him. And of course, that’s fine.  That’s his decision to make.

However, his health is NOT our business. His addiction is not our discussion to have.

I made the choice to “go public” regarding my experiences with mental illness myself. No one coerced me into doing it.  There was nobody skulking about watching me attend therapy sessions or visit a psychiatric hospital.  There wasn’t a pap watching me leave my house, ready to snap away furiously hoping to get the first exclusive “after photo”.

If Ant went to the press of his own volition then I commend him for doing so. I commend his bravery and I’d also like to take the opportunity to wish him well with his recovery and remind him, like many others have done over the last 3 days; that he has no one to apologise to.  And nothing to say sorry for.  I’ve said it before and I’ll say it again, mental illness does not discriminate.

But, this for me, pays as a reminder that health is a personal and sensitive subject. It isn’t scandal.  It isn’t a footballer having a bunk up behind his wife’s back with a Page 3 model.  It’s serious.  Really, really serious.  And I just hope that no one got wind of Ant’s ill health and decided they could use this to their advantage all because they wanted to ensure they got top sales come Sunday evening.

What Do You Mean You Don’t Want Kids?

A Comedy Of Errors