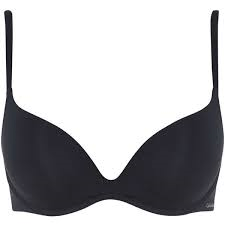 I’ve never been blessed in the tit department.

There’s been 2 occasions in my life I’ve had what I’d call an ample bosom.

The first occasion was when I was overweight. My boobs were HUGE.  But so were other parts of my body so that doesn’t really count.

The second occasion was 4 days post-partum. My milk had just come in (I hate that expression), I was attempting to breastfeed and they looked fake.  That’s the only word to describe them.  They looked like I’d just left a Harley Street clinic (other augmentation providers available).  I couldn’t stop staring at them.  It was almost like my teenage prayers had been answered.

I abandoned my breastfeeding endeavours a week after I’d given birth. Something I’ve written about in detail on my blog before.  With the help of cabbage leaves they soon deflated back to their previous size and if truth be told, I was actually quite pleased to see my tits of old.

When I was younger; I’m talking late teens, I wanted a boob job. It was something I toyed with on and off for a couple of years but I never had the guts to take the plunge and go under the knife.

In 2011 and 2012 I lost a shit load of weight. I’m talking 5 stone plus.  I got down to a teeny tiny weight, a weight that if I’m being totally candid; was too light.  My boobs totally disappeared.  I was left with the bee stings I had when I was in my early to mid-teens.  But it didn’t bother me at the time, I was just happy to be that slim.

I’m now a healthy weight. I’d like to tone up.  Seriously tone up.  But I also like my bed and my junk food.  It’s a paradox.  It’s a struggle.

My current boobs are meh. That’s the best way to describe them.  They’re not teeny tiny but they’re not exactly bountiful either.  But they are what they are and I’m accepting of that.

What I am not accepting of however, are bras.

I fucking hate them with a passion.

There is nothing, I repeat NOTHING I love more at the end of the day than unhooking my feminine garment and letting my tits go free. What a feeling, releasing myself from boob prison.   I’d bottle it if I could.

I feel so restricted in a bra. So uncomfortable.  And, to tell you the truth, I don’t really think I need one.

Of course, there will be times I will have to wear one. It would be wholly unfair to step into the office sans bra.  There are some clothes that hang in my wardrobe that simply demand a bra.  And that is just a fact of life I cannot escape from.  However, on the whole, I’m pretty confident I can get through the majority of my week without having to adorn those uncomfortable contraptions.

I was meandering around M&S today. I do love a good meander around Marks & Sparks, their clothing line has seriously improved in recent years.  I had a look at the underwear.  I’m a woman of simplistic tastes when it comes to my undergarments.   I like big pants.  I’m talking pants that are up to my belly button and practically down by my knees.  They are 2 sizes bigger than my normal clothing size and I simply couldn’t be without them.   I don’t do sexy lingerie.  It’s just not my thing.  Comfort over sexiness every damn time.

Anyway, I’m looking at photos of Rosie Huntington Whiteley, she who goes to bed with Jason Statham every night and has a body that looks like it’s been sculpted by angels. She’s posing in the M&S lingerie and she’s looking pretty phenomenal.  She doesn’t look uncomfortable.  She looks like she’s loving life.  The complete opposite to how I look or feel when I’m strapped up in one of those vile over the shoulder boulder holders. 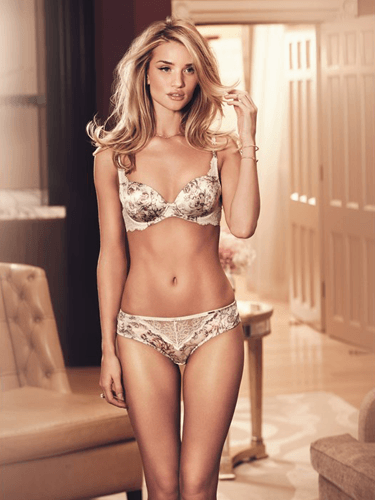 I wouldn’t want your job love.  Not that I’d ever be considered for it.

Whenever I’m wearing a bra, I’m constantly fidgeting with it. I’m shuffling about “up there” and counting down the hours until I can whip the bad boy off.

I’m hoping to embark on an intense fitness regime soon (it’s always soon, it’s always in the future, never now). I know, you rolled your eyes so hard it’s a surprise to you that they’ve not got stuck in that position.  However, whenever I lose weight or tone up the first thing that disappears are always the tits.  It’s never the gut or the arse or the arms it’s always the tits.  So, with this in mind, I’m hoping that the necessity for a bra will diminish as quickly as my wobbly bits.

I’m ready to embrace my inner Charlie Dimmock (Google her if you’re under the age of 25). 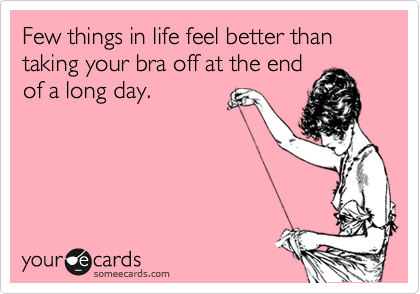 Do I Give Too Much Of A Shit?

Three Years of Me