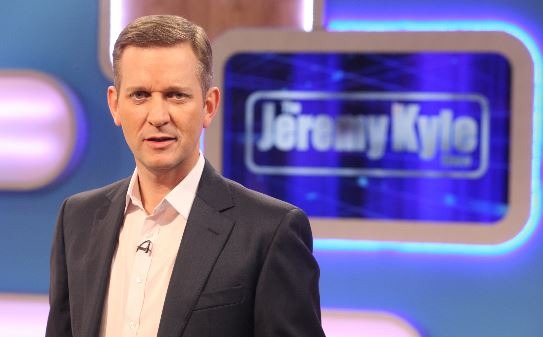 I’ve got a confession to make.

I wouldn’t call it a shocking confession. I just feel I need to get a guilty pleasure of mine off my chest.

Now, I know I’ve taken to both Twitter and my blog to slag off Jezza in the past, but when it’s 5:30am and I’m getting ready for work, there’s little else to watch whilst I’m drying my hair. Don’t judge.

Anyway, whilst watching my new found guilty pleasure, I had a thought.

Why doesn’t Jeremy Kyle do a celeb special?

With Reality TV being more popular than ever before, I think I could be on to something here. Barely a day goes by where relationships in the public eye aren’t falling apart in spectacular fashion.  There’s cheating allegations, questions over parentage, drug scandals.  You name it, it’s played out for all to see; usually over Instagram and Twitter.  It’s like a soap opera, the only difference being this is real life.  Apparently.

I’ve given this a lot of thought. I even have the perfect pairing for the pilot episode.

Who? I hear you cry!

Well, have you been living under a rock for the last 20 months or so? Would be my retort to that.

Nope, you probably just have a life that extends to something outside of the Z list celebrity obsessed culture.

Sadly, I don’t. Hence me having these ideas.

Graham would have an absolute field day with Jeremy McConnell. The aftercare team would surely be in their element, it’d be their biggest challenge yet.  But they’re well equipped for it, I’m confident of it.

We’ve been treated to the lot.   To quote Jeremy Kyle’s infamous line “we’ve got a full house”. 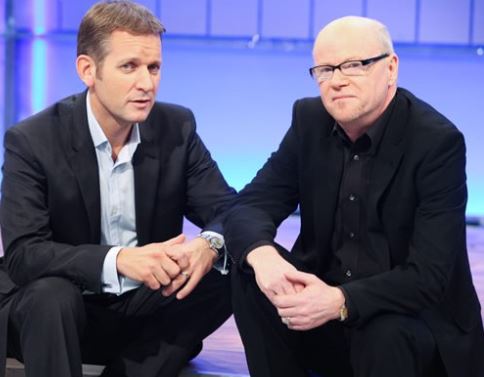 There’s no doubt about it.  The relationship is toxic to say the least.  And everything has been played out in public.  There’s been no dignified silences.  No requests for privacy.  We, the public, appear to know every single intricate detail of their shower of shit relationship.  Which, of course, means people will have opinions on what they’re reading, what they’re seeing and what they’re hearing. Just yesterday Stephanie Davis posted a long, rambling monologue on Instagram.

It wasn’t the most articulate pieces of writing, however, I did my best to try and decipher and managed to ascertain she has sadly experienced a miscarriage. A miscarriage she says is due to the stress she has been under during Jeremy’s assault trial.  That’s right, her ex has also been accused and convicted of assault.  I bet Jezza Kyle simply can’t wait to get his hands on him and shout in his face “Come on then, come and have a go with me if you think you’re hard enough”, whilst hiding behind his burly bouncer Steve.

Of course, I can only condemn all of this. It’s utterly reprehensible that Steph has been assaulted by her ex-partner.  However, it’s also been reported that she too attacked Jeremy, something she has been arrested and bailed for.

A quick Google search of the couple reads like a charge sheet. He leaves a hotel with a bruised and battered face, she is in hospital amid claims of an attack.   Why isn’t her family stepping in?  First and foremost I’d suggest removing all social media accounts from her phone and ensuring both receive the help and support they clearly need.

Also, I can’t help but wonder, were the couple not celebrities, would social services have gotten involved by now? With all these allegations of drugs, alcohol abuse and violence surely it’s alarm bells to child safeguarding services?

It’s a desperately sad and tragic situation. And whilst I’d normally have sympathy for any woman who found themselves in this horrid set of circumstances, I can’t help but find myself eye rolling at the mere mention of both Steph and Jeremy.  Whilst also feeling dreadfully sad for their child, a child who isn’t even a year old yet.  A child who one day will likely stumble across article upon article about their parent’s toxic and dangerous relationship.  The mudslinging, the name calling, the social media posts and the TV interviews that all took place during the first year of his life. 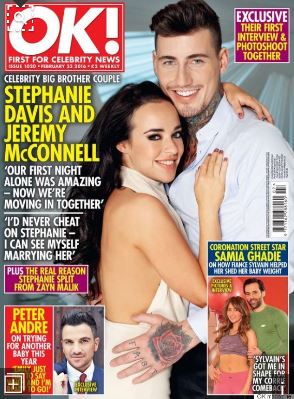 Lastly, I did have to laugh at something yesterday.  I can’t not mention it here because it just highlights how utterly ridiculous people can be.

A “concerned” member of the public had gone to The Mirror newspaper to express how worried she was for Steph amid claims she was drunkenly asking for people to score her drugs in Liverpool last week. So concerned was this member of the public that she felt Steph Davis needed a reality check.  This “reality check” came in the form of a series of photos of Steph with said member of the public, published in a tabloid along with direct messages between this individual and Steph.

Claire said: “I wanted to speak out as I think Steph needs a huge reality check. She has so much going for her, she is a mum and can be really lovely.

“If I had one message for her it would simply be: ‘Don’t wreck your life babes’.”

Claire, babes, I think the only cheque you’re interested in, is the one you can now cash at the bank, courtesy of The Mirror.

What a world we live in eh?