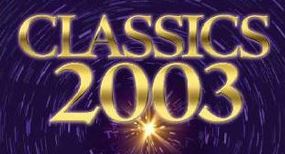 With my failed GCSE’s and lost virginity a distant memory, I headed into 2003 wondering what the fuck I was going to do with my life.

By January 2003 I’d already quit sixth form and decided the best job possible for me was hairdressing.  Because I was so damn good at doing my own hair (I wasn’t), I’d be just as good at managing paying customer’s tresses.

I lasted 3 months in that job.  Arriving to work on a Friday for a 10 hour shift to be welcomed by a to-do list as long as my arm with tasks such as “clean the toilet” and “clean the floors” wasn’t how I wanted to spend my days as an impatient 16 year old.

It was a strange old year was 2003.  I lost my beloved Grandad a few days before my 17th Birthday and found myself in a rather fucked up relationship.  It was on and off more times than a tap, which wasn’t exactly conducive to good wellbeing.  Plus he was off shagging every Tom, Dick and Sally behind my back.  So, that was nice.

My poor wellbeing and extreme Emetophobia led to me being admitted to a Physciatric day unit at the end of 2003.

I didn’t last long there mind you (I have got better at sticking things out as I’ve gotten older – promise), I remember my best mate coming to rescue me one day and I vowed to never return.

So, yeah, 2003 was an odd year.  It wasn’t all doom and gloom though, I spent many a Friday night in my local nightclub dancing along to some of the absolute banging tunes that were released that year. 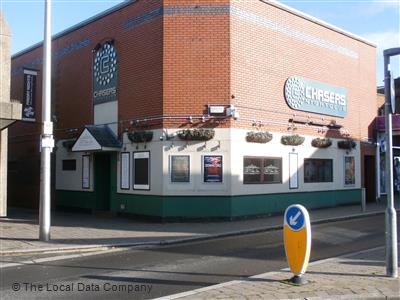 2003 was a brilliant year for music.  So many iconic R’n’B tracks were released that year.  Songs that I now hear on Kisstory and wonder why they’re considered Kisstory worthy.  Totally forgetting that 2003 was FOURTEEN years ago.

Decent little House track this.  I’d love to tell you a story of the reason behind the inclusion of this track, but in the interest of ensuring confidentiality for others, I can’t.  Maybe it’ll find its way into my Memoirs one day.

I’ve just realised I have had a crush on Matt Willis; the beautiful member of Busted, for 15 years.

Don’t worry I soon got over that.  Just.

This is a tune though.  The lyrics are batshit crazy “triple breasted women swim around town” but that doesn’t detract from how iconic it is.

Although, if I’m being honest, I’ve never watched any of the Back To The Future films, which strikes many people as odd.  I just don’t think it’s my thing, you see.

Ah Rachel Stevens.  Wasn’t she perfect?  Still is to be fair.  The bitch.

You may well have kissed that poster (I did with my Craig David one, no shame here) and dreamt that one day she’d be singing the line “Never had a dream come true, til the day that I found you” to you and you only.

I bloody loved this track when it first came out.  It was a decent first solo song.

I used to stick myself in an all black ensemble, find a bit of red taffeta, pop the fan one and pose in front of the mirror pretending to be Our Rach Stevens.

It’s a good job I don’t embarrass easily aint it?

So when my then boyfriend was being a bit of a knob, and putting said knob in places it shouldn’t be, I’d stick this song on, crank the volume right up and instantly feel better.

And then once it had finished I was back to being the pushover he had become accustomed to.

This is Christina’s second best song of all time.  In my humble opinion of course.

I’m not a Take That fan.  Far from it in fact, I just don’t get the hype.  However, if I was pressurised into declaring a favourite Take That song then it would be “Babe”, a Mark Owen led track.

And this little random 2003 song is a firm (perhaps cringe?) favourite of mine.  It’s a bit weird but then I’m weird and I like weird.  So it’s like a weird love-in type thing.

I’m still not sure who Lucy is though.

I’m pretty convinced that any die-hard Oasis fan could potentially kick off at the inclusion of this song.

Just listen to it and you’ll know what I mean.  Sacrilege is a word I’m sure would be used.

But I love it.  So no fucks to give here I’m afraid.

When I heard the first seconds of this song come on “Up Chase” then that would signal me to totally lose my shit.

I don’t listen to it much these days, apart from if it’s played on Kisstory, so on the rare occasion I do hear it I feel like I’m 17 all over again thinking I’m some sort of pro dancer bumping and grinding on the sticky dance floor.

It’s an absolute tune, so don’t be a chickenhead and make sure you give it a listen.

I found it REALLY difficult to compile the Top 3.

And don’t forget, 50 is into having sex not making love.  So don’t get confused with these facts.

My god I loved this song when it was released during Summer 2003.

Summer 2003, for me, was a lot of fun. Some much needed fun following the death of my Grandad a few months previous.

It was mainly spent sunbathing in my mates back garden (we had temperatures of 39 degrees that year), eating her (endless supply of) crisps and drinking her K Ice (think Smirnoff Ice) then heading up “The Wood” of an evening for some questionable slut dropping.

This video has to be THE most airbrushed video I have ever seen.  And it’s bright.  So, so bright.

Sean Paul WAS 2003.  And I love the fact he’s seen a resurgent in recent years.

If you haven’t twerked along to this song like your life depended on it then as far as I’m concerned you couldn’t call yourself a Sean Paul fan.

Actually, you can’t even call yourself a music fan.

God damn it I wanna go out now.

And now to hand it over to my pal Ar.  She’s funny, fit and Northern so check her out;  https://twitter.com/ar_mu

10. Craig David – Rise and Fall (this and the Sugababes sample of the same song is one of all big time favourites)

4. R Kelly – Ignition (Ar’s Caveat; R Kelly is a vile human being but this is a tune)

Before I head off to take a look at 2004 and what that year had to offer, allow me to leave you with a photo of Our Ar back in 2k3. 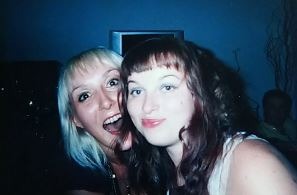 And now for my turn. Who didn’t have a Velour tracksuit they rocked throughout that year and probably well into 2004 too? Oh and yes, you’ll notice I finally got my hair straightened, to within an inch of its poor life. 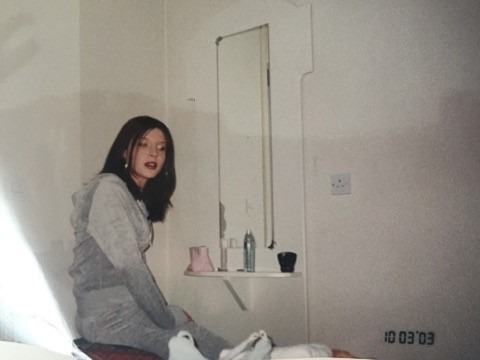