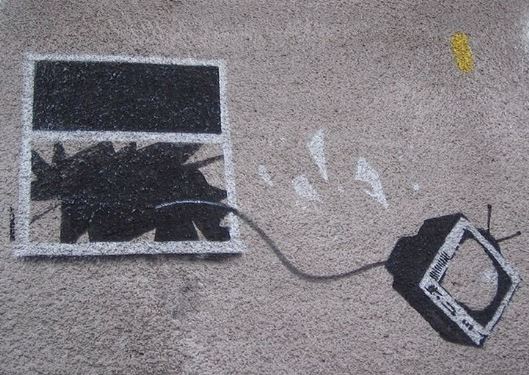 I’m sorry.  All I can say is sorry.  Because some of these are really, really going to irritate you.

Barry fucking Scott.  Will you just twat off.

I hated this song when it first came out back in 2005 and my hate for it ran even deeper when DFS decided to sample it for one of their wanky adverts.

FUN FACT ALERT (it’s not that fun, don’t get your hopes up)

This advert got banned.  But not because it was so bloody irritating.  Oh no.  A few (21) sad bastards complained because they thought the sofas looked too large and it a was misleading advert.

These people are probably the same people who ring up OFCOM to complain when someone says ‘bloody’ 5 minutes before the Watershed.

You do know the one don’t you.  That hideous, hideous advert with the bloke pretending to be some knock off version of Fred Elliott.

You even did the catchprase in a thick Northern accent in your head, didn’t you?

Now, sadly(!), this advert has been totally erased from You Tube.  I can’t be certain but this could just be because the star of the advert was convicted of fraud a couple of years ago.  So my guess is that Safestyle have removed all evidence of ever being associated with him.

You can’t blame them really can you? However, if you are a glutton for punishment then you can still see a sort of version of the advert here.  Be warned, it’s a Mail Online article.

You’re telling me Peter Andre goes to Iceland? Does he fuck.

It’s no secret I cannot bear Peter Blandre.  It’s no secret at all.  Thus, I’m quite glad Iceland have ditched Peter Andre from their adverts.  Just please, whatever you do, don’t bring back Kerry Katona.

My son watches a lot of Challenge TV.  It has its advantages and its disadvantages.  One of the disadvantages is an advert that is basically played on loop.

It features two women having a mooch around a garden centre whilst morbidly talking about funerals and “didn’t June have a lovely send off, I hope I have one like that”.

Luckily there is no clip to bore you with, but if you stick Challenge TV on (Channel 46 for Freeview and 145 for Sky) between the hours of 1pm and 5pm on a weekday, there it will be, in all its morbid glory.

Surely this one needs no introduction.  If I needed insurance, I would make a point not to use Go Compare purely because of the advert.

Although, one thing I have to mention is how sorry I do feel for the Tenor.  I know, the advert is hideously irritating, however, a couple of years ago I was shocked to read the poor bloke has received endless abuse and even death threats because of this very commercial.

People are shit aren’t they? Shit and weird.

This may shock regular Our Rach Blogs readers (hi Mum), because I make no secret of my love for Miss Britney Spears.  However, and this is a big however, Kevin Bacon dressed in the red PVC cat suit from Oops I Did It Again does my head in.

In fact, every single EE advert that features the over excited Mr Bacon drives me up the sodding wall.

I’m on O2 (for my sins), but if I was looking to change networks then I’d make a point of not going to EE just because of Kevin Bacon and his annoying adverts.

The problem I have is this.

Whenever I express my disdain for an advert, this only encourages my son to fall in love with it.  This is one of his favourites.  The second that singing dog takes to my screen, I get a nudge in the ribs by my 4 year old who proudly declares “it’s that advert again Mummy”.

The dog, as beautiful as he is, makes me cringe.  Almost as much as his annoying owner does.

Chaka Khan should be ashamed of herself.  Authorising her absolute tune to be used in this way.

It’s an irrational rage I feel when this advert comes on, I’ll happily concede that.  However, I’m unapologetic about it.  I almost want those waiters who pick up the all singing, all dancing holiday maker at the end of the advert to just chuck her in the pool.  I bet she’s got hair like mine, goes on the turn the second it gets wet.

When you’ve eaten the last of the Mince Pies and banished the Christmas decs to that corner of the loft for another year the last thing you want to see on January 2nd as you head back into work is the Park Christmas advert with the highly organised Mother declaring she can’t wait for Christmas.

If there is one advert that is overplayed throughout the whole of January then it is this one.  And I swear with each year that passes Park manage to make an advert that’s even more annoying than the previous one.

And I’m telling you now, I bet that kid’s laugh is edited in.  You can just tell.

The Wisdom of Bet Lynch