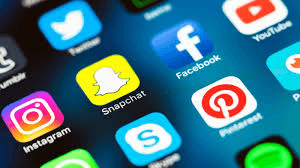 I worked from home today.

I always work from home on a Wednesday.

I don’t know about you but I need background noise.  If I work in the office then I have YouTube pumping through my earphones.  It’s always a questionable playlist.  Sometimes it could be an *NSYNC playlist, other times it could be tunes you’ve likely forgotten about from c.2001.

If I’m at home then I’ll have the TV on low.  Daytime TV to be precise.  I draw the line at Jeremy Kyle though.  I have to be REALLY desperate to stick that shite on.

Anyway, before I digress even further than I already am, I mean, I’m sure you’re not interested in my televisual habits, like my music tastes they’re really quite questionable, allow me to get on with my point.

This Morning was on, er, well, this morning.

It was Ruth and Eamonn, Eamonn Holmes OBE.  Not sure if you’ve heard the news but he’s now got 3 initials after his name.  He doesn’t like to go on about it though.

On This Morning, they had a phone in.  Phone in’s normally bore the tits off me.  Especially if they’re finance related and that shouty Martin Lewis is doing his normal shouting thing. Although, if someone is in more debt than me then I’ll revel in that.  It’s not often this happens, however.

Christ, I’ll actually get to the point in a minute.

On today’s phone in they were discussing social media.  Social media and how it effects us.  A couple of calls suggested it made them feel less lonely.  Which is obviously great.  Loneliness, I can imagine, is a horrible feeling.  So if the invention of social media has helped people combat this then that’s fab.

Some people, however, confessed it leaves them feeling anxious.

Social media has a negative impact on their mental health.

Yep, I thought.  I internally nodded and agreed. I get that.  I totally and utterly appreciate where these people are coming from.

Allow me to tell you why.

I’m a social media addict.  There I said it.  My name is Rachel Hawkins and I am totally addicted to social media.

If you can’t get hold of me then head to Twitter and you’ll likely find me there on one of my epic rants.  ‘

It used to be Facebook.  In the early days; 2007-2011 I’d be doing my scrolling and my typing on Facebook.  Then I caught the Twitter bug. I finally understood the micro-blogging site and took my addiction over there.

If you want to show off, you’ll head to Instagram.

If you want to invite everyone to have an insight into your Christmas or your Birthday party or let your friends know that your child took their first dump on the potty then you head over to Facebook.

I’ve written before about my jealous streak.  I’m not ashamed of it.  I wish I didn’t get jealous but I do.  Instagram brings out my green side.  This is why I don’t follow many celebrities or big-time bloggers.  I can’t deal with that green eyed monster rearing his ugly head.

If I’ve just eaten a large Dominos pizza (with extra cheese) then the last thing I want to see is some bird’s six pack.

Likewise, if I’ve spent the weekend living on pennies because yet again I’ve gone over my overdraft then I really don’t want to see a Kardashian sister sprawled on the beach sipping a Mojito.

I need to not compare myself.  I know it’s not conducive to good mental health but I can’t help it.  I look at what I haven’t got as opposed to what I have.

Another negative side to social media is what I’m missing out on whilst my head is firmly in my phone.

When I think back to life BSM (Before Social Media), I wasn’t half as vain.  I could go days without giving a second thought about my appearance.  But now I care all too much.

BSM I would spend decent quality time with friends and family.  Catching up with them in person as opposed to via a platform.

And BSM I wouldn’t get my head up my arse if someone didn’t ‘like’ a status update despite giving some love to someone’s photo they barely know.

I mean, seriously.  What the fuck is all that about?  When I type it out in black and white it doesn’t even make sense.  But social media politics exists people.  Believe me it does.

I don’t know what the answer is for me.  I don’t want to give up social media.  I enjoy it too much.  However, I don’t want it to have a negative effect on my life.  Which is something I often feel like it does.

I’m trying not to make New Year’s resolutions.  Namely because I never stick to them and then I spend the remainder of the year beating myself up about my sense of abandonment.

One thing I am going to do however, is have a little social media detox.  One day per week I’m going to totally abstain from social media.

You laughed out loud didn’t you?  You don’t think I can do it.

And you’d be right to cast doubt.

However, I want to experience life like it was BSM.  I don’t want to be worrying about the right selfie angle (cringe), nor do I want to wind myself up with what someone has or hasn’t liked.  It’s only going to put me in a bad mood and God knows I spend enough time in one of those anyway.

The Digi Detox begins this weekend.  And I’ll be sure to let you know how it goes. 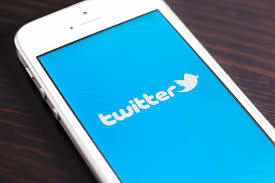 Don’t Let the Fans Down