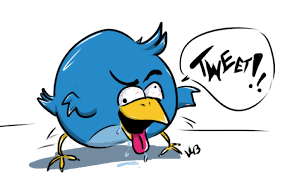 It’s been a quiet couple of months with the Twitter Twit series (can you even call one blog post on the topic a series?!).

That wasn’t my intention.  I had the idea to make it a weekly thing.  But then my attention wasn’t really alerted to any mega Twits, aside from Kanye of course.  Kanye’s tweets provide enough material to keep me in blog posts for months.  In fact, whenever someone now has a bit of a Twitter nightmare I tell them they’re having a “Kanye”.

The thing I’ve discovered this week is when you Kanye yourself.   See below for visual aid. 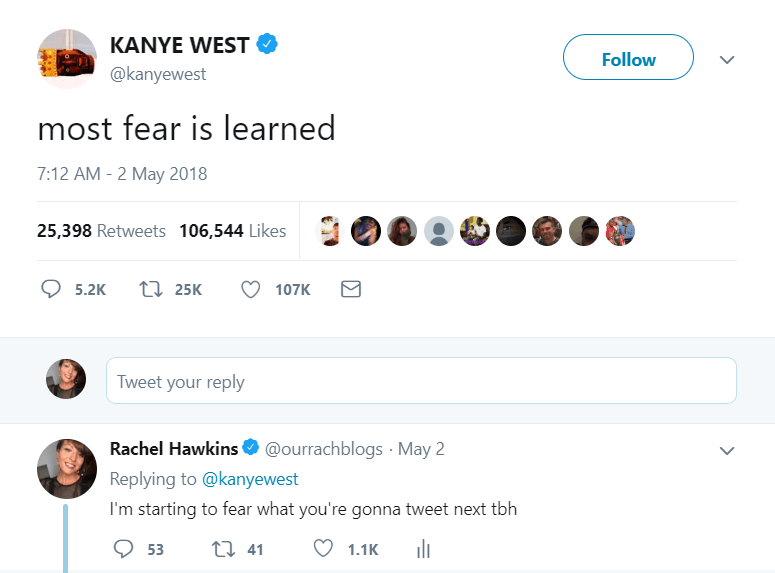 With the glorious benefit of hindsight, I wish I’d not hit reply on his tweet at stupid o’clock yesterday morning.

One word.  Moreover, one acronym.

If you’re an avid social media user.  Or you watch the news as often as my Dad (rolling, literally rolling news. You could pop in his house at 11am and guarantee he’ll be watching the exact same news channel, which is more than likely telling the exact same news story when you pop back in 8 hours later.  He wouldn’t have moved.) then you’ll be au fait with the term MAGA.

You might have seen him and his sycophants wearing those red hats with it adorned.  See below for a nausea inducing visual aid.  At your peril, of course. 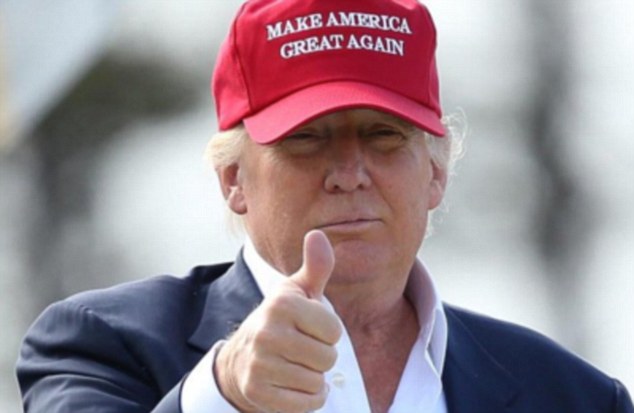 Within mere minutes – seconds even, my mentions filled with people telling me how I was a “piece of shit” (the charming woman who advised me of my piece of shit status had a gun as her Twitter header photo so, you know; irony) and that I was an ugly, jealous, spiteful feminist.  They clearly hadn’t read this article I’d written 3 months previous.

So, yeah.  Replying to Kanye’s tweet in what was a jokey type fashion was me literally Kanye-ing myself.  I’d say I wouldn’t do it again.  But I know what I’m like.

It isn’t Kanye West.  It isn’t even Donald Trump.  My Twitter Twit this week is a woman. Again.

AND YOU CALL YOURSELF A FEMINIST?! You might well declare.

Well, I don’t actually know if I do.  For what I’m about to articulate to you may go some way to denounce the feminist within me.

Step forward Dina Rickman.  A woman, who until yesterday, I’d never heard of.  Like myself, she has a verified blue tick on Twitter, but the way they dish the badge out these days (myself included) this means bugger all.

Before I put to you my opinion, please remember one thing.  I mean no malice towards Dina.  Or indeed anyone whom I declare my “Twitter Twit”.  This is just my opinion.  My words. Me poking fun at something I’ve read on Twitter, which I might think is a bit twitty.  Is that a word? Could we go for Twitter Twat? Twitter Twattery, maybe?  I’ll let you decide. 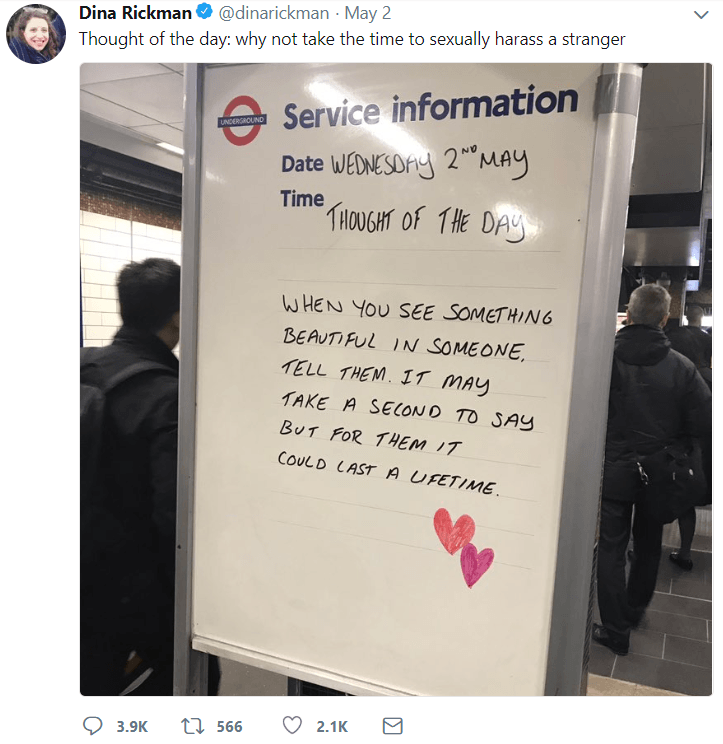 Now, unless you’ve been residing under a rock over the last few months, you’ll likely be well versed with the word ‘feminism’ and the turn said movement has taken in recent times.  Something that concerns me slightly.

Some people agreed with Dina.  Her defenders concurred that complimenting someone on their beauty and the like whilst travelling on public transport was tantamount to sexual harassment.

And then there were others who questioned what Dina had been smoking and basically said “you ok hun?”.

The latter was most common.  By an overwhelming majority.

The overriding feeling I felt was sadness.  Followed by confusion, peppered with a bit of anger.

“When you see something beautiful in someone, tell them”.

Dina, my love, Transport for London are not advising commuters to bound straight up to someone on the Victoria Line at 08:35 with the line “Nice tits, they real?” or “You’ve got blow job lips, fancy wrapping them round my cock?”

Because, being honest, if you’re approaching a woman with the aforementioned lines the only thing I can hope for is that you get a stiletto wedged between your legs with brute force.

The way I interpret this innocuous ‘Thought of the Day’ is merely complimenting someone.  In the most innocent of ways.  Without so much as an afterthought.

Perhaps a female tube user notices a gorgeous necklace a fellow female passenger is wearing and felt the need to share her admiration (whilst trying to find out where she bought it).

Perhaps an elderly gentleman is struck by how happy a couple are looking whilst snuggled up to each other on the tube.  He doesn’t see much happiness these days so is really touched by what he’s witnessed.  He tells the couple he can see that they are made for each other and that his wife had made him that content for years.

Or, perhaps, a male (heaven forbid, quick call the police) commuter adores the colour coat a female who is sat opposite him is wearing. It reminds him of a coat his late Mother would wear.  It might bring him joy to share this story with her.  Is this harassment?

Not every man who opens his mouth to speak to a female wants to shag her.  A man can look at a woman in a totally platonic way.  This happens.  It’s actually more common than you’d think.

How sad has society become when we look at a wisdom quote TFL shared this week and immediately see the threat?  There is SO much anger around us.  SO much hatred.  A few words of kindness, a small compliment.  It really could go some way to improve someone’s commute to the office on a miserable Wednesday morning.

I’m a cynical person.  God knows it does my Mother’s head in.  She’s always chastising me for immediately looking at the negative in someone or something.  But even I, Cynical Cyndi, can’t see the bad in this.

I see the beauty.  I see the difference it could make to someone’s day.  The positive difference.

If a stranger has approached me to tell me they love my hair, it’s a lovely feeling.  Often I have to quickly make sure I inform the compliment giver that my boyfriend cuts it for me, because he gets his knickers in a right old twist if I don’t offer up this information when complimented.  I should probably have a sign around my neck that says “MY BOYFRIEND CUTS MY HAIR, NICE INNIT”.  But in all seriousness, I don’t feel threatened or offended when someone says something compliments me.  It just makes me feel nice. Regardless of gender.

And believe me, I could sit here and say #metoo – like so many millions upon millions of women the world over could.  But can I sit here and say I agree with Dina and her fear TFL are at risk of causing an epidemic of commuter sexual harassment with their board?  No, I absolutely cannot. 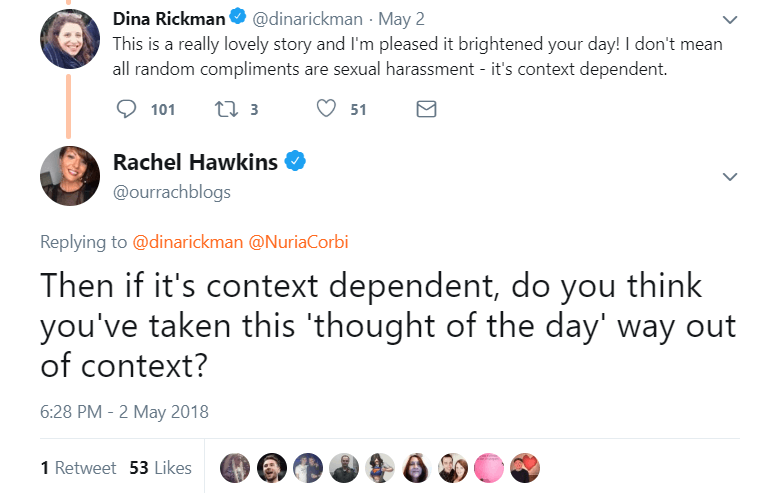 Lastly, I’d like to leave you with a few of my favourite TFL messages.  Just because I love them. 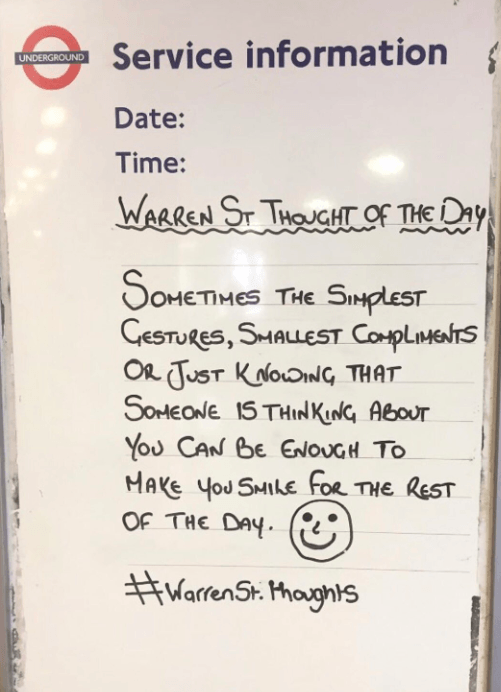 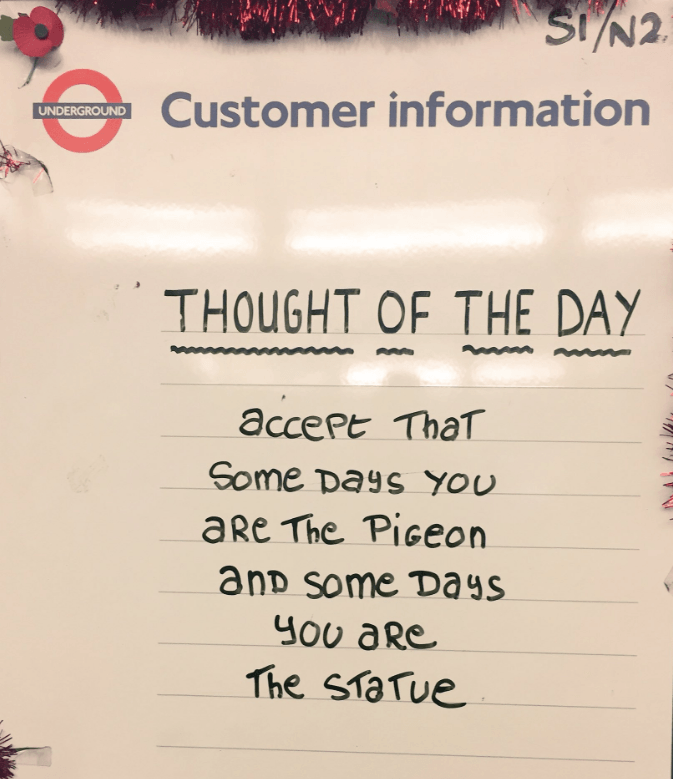 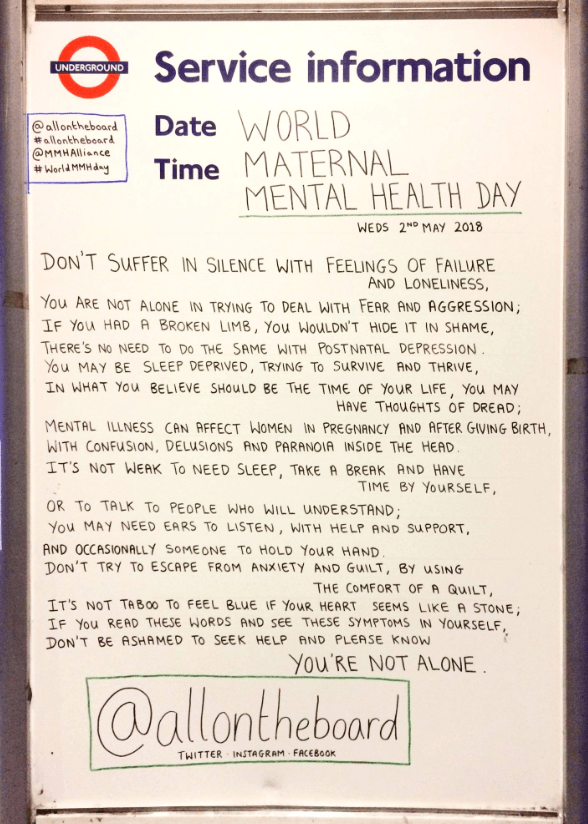 Sorry Doesn’t Seem To Be The Hardest Word