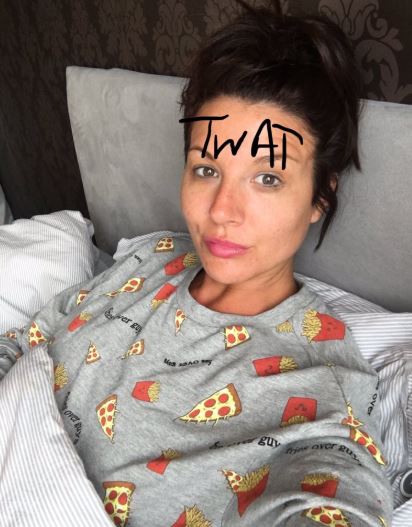 A twat with absolutely zero self-control.

Here’s a photo of how much of a twat I am.

I’m back on the fags aren’t I.

It all began a few weeks ago when I was out drinking.  Old habits really do die hard.

It was a really nice Summers evening and I’ve always said, since I gave up the evil cancer sticks in 2016, if there’s one time I miss a fag it’s during the Summer when I’m drinking.  I had the urge. It was intense.  And before I knew it the words “20 Richmond Menthol superkings please” had left my stupid gob.  It felt like times of old.

The hangover the next day was intense.  This was due, in part, to the mixing of drinks I’d partaken in, but I also knew a lot of it was down to the cigarettes.  The guilt was palpable.  I hated myself.  I’d done so well to give up for nearly 3 years, it had been one of my greatest achievements and now all of that was in tatters.

It’s an isolated incident, I told myself.  It won’t happen again.  I’ll finish the packet of cigs that I bought and chalk it up as a stupid mistake.

However, the problem with me and mistakes is that I like to make them again. And again.  And again.  Until they’re no longer mistakes, they’re habits.

So, I ended up buying another packet when I was drunk again.  And before you know it, I’m smoking sober.

Life is quite stressful at the moment. I’ve got a lot going on and I’m finding smoking is alleviating, albeit temporarily, some of the stress I’m experiencing.  The problem is I’ve also found I’m really enjoying smoking again.  If I go half a day without a fag the cravings set in and I’m counting down the hours and the minutes until I can enjoy one of those sticks of doom once again.

I’ve been on the receiving end of many a lecture from the people who know I’m smoking again.  But a lecture won’t be nothing in comparison to what I’ll be in receipt of if my Mother finds out.  I may be a grown woman of 33 but if my Mum finds out I’m back on the fags then I don’t think I’ll make my 34th Birthday. And that’s no exaggeration.

I’ve got a plan, though.  It’s fool proof. Even for this massive orange fool.

My newly resurrected smoking habit will be no more come September 1st.  I’m going to allow myself this temporary blip and enjoy it while it lasts, however, once September rolls round (and it won’t be long will it, this year has moved at the speed of light) I’ll be back declaring myself a non-smoker with pride.

Health implications aside, it’s not like I can even afford to fund a long-term smoking habit. £10.70 for a pack of 20? I can remember when I’d get change from a £2 coin for a pack of Lambert Lights (remember those?!).

Something else I’ve noticed other than the extreme cost of killing yourself slowly is how nobody seems to smoke anymore.  It’s the most anti-social of habits.  When, back in the day, it was quite the opposite.  I’m not bemoaning this.  It’s a good thing. It’s just quite startling to see how dramatically attitudes have changed.

The most ridiculous part of all of this, the thing even I can’t get my head around is how I’d all but given up vaping.  I barely even look at my Vape these days and I’ve not had nicotine juice for months, yet here I am practically eating nicotine like my life depends on it (ironic). What’s all that about? How absurd is that?

The Next Generation Of The Only Child

The Problem With Social Media

Nobody Said It Was Easy