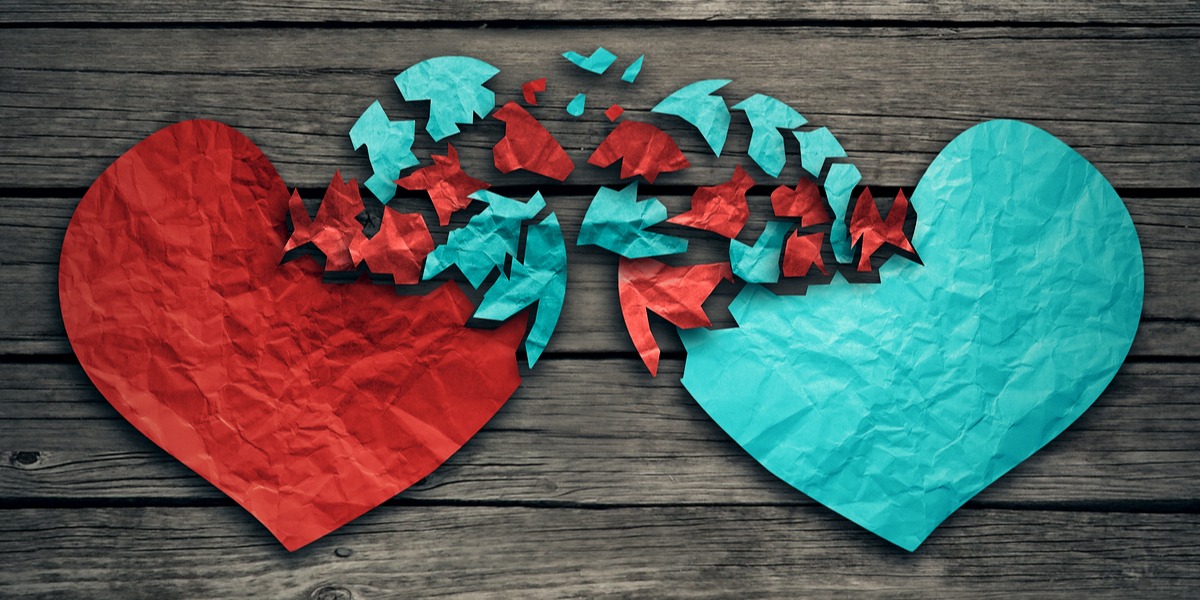 I’ve been mentally writing this piece for over a month. Usually the content and ideas for this post would come to me when I was out pounding the streets trying to get my step count up. One day it hit 30,000 steps in one day.

And then we found ourselves in the midst of a global pandemic. And the whole world as we knew it changed. Beyond recognition.

I toyed with continuing to write this piece since I found myself placed into solitary confinement. Well, I say solitary, I’ve got a child who is learning to play the harmonica (send thoughts and prayers) and a cat who doesn’t understand food needs to be rationed at present.

The reason I’ve reconsidered putting finger to keyboard is because the way I view things now has changed, even in the short space of time since we’ve been placed in lockdown. Prior to all this kicking off, my separation and immediate future besieged my thoughts more than anything else. Now, it’s a case of when will this all end? When will life get back to normal? Will normal ever feel normal again or will we come to accept a new normal?

What even is normal?

Anyway, enough of my waffling. There is a point to this post and the point is sharing the lessons I’ve learnt over the last 12 months.

Separation is such a personal thing. However, it’s also an experience that will feel very similar to many people. When I’ve discussed the feelings and the experience with others, there is so much common ground to be found.

If you’ve gone through it yourself, you might resonate with a few of these, you might even resonate with all of them. Sometimes you can feel the majority of them all at one time, which is one hell of a sensitivity overload, other times there will likely be one presiding feeling.

One things for sure, coronavirus and lockdown aside, it’s one hell of a ride.

As futile an emotion guilt may be, it doesn’t stop you feeling it. You will feel guilty for EVERYTHING. And everyone. And it’s vile. Because it solves nothing. Guilt will latch on to the made up scenarios that will reverberate around your brain. And before you know it you’re feeling guilty for something that has never happened and will never happen. So at this point it’s important to deal with the facts. Don’t second guess how someone is feeling. And remind yourself you are responsible for your own happiness. Not the happiness of your former partner. Just like they are responsible for their own. Of course, it’s OK to feel concerned – that’s a human nature most of us can’t shy away from. But staying with someone through guilt is the most unhealthy thing you can do. As is beating yourself up for deciding to do what is best.

Historically, I’ve always been a reactive sort of person. Which will likely come as absolutely no surprise to anyone who has followed me for a long time or read my articles. But in the main, that’s a thing of old. There have been so many times I could’ve kicked off, screamed, shouted, become embroiled in an argument that would’ve ended all arguments. However, I slowly but surely came to the realisation that it would solve nothing. When a child is involved, everything needs to be kept as civil and as calm as possible. Your feelings, your opinions and your thoughts are not as much of a priority as the child’s well-being. It’s as simple as that. Sometimes I worry if I’ve become a pushover, and to the outsider I know I probably have, but I feel calmer as a result. And that’s important to me.

You’ll find a strength you never knew existed. You’ll push yourself through your dark days. Some days you’ll climb that mountain slower than you climbed it the day before. The peak will feel miles upon miles away. But your resolve will carry you through. I’ve always been quite a strong person, but going through a separation has taught me I have a determination and a mental strength that I should be proud of. And you will too.

You’ll learn who your friends are. The ones who check in with you matter. There will be people you thought you’d hear from once you ‘announce’ that separation who won’t get in touch. It might be painful. It might not. For me, it wasn’t painful. Of course, there’s the awkwardness of people who are reluctant to “take sides” (even if the separation was amicable), and that’s something I urge anyone who is going through a separation to remember. It can be awkward for so many people. People don’t want to say the wrong thing or make the wrong move. Although there will also be the people who have the morals of an alley cat and see an opportunity to slide in to the old DM’s once you’ve declared your newly found single status. Beware.

You’ll also make new friends on your separation journey and they’ll see you at your best and your worst.

Am I doing the right thing? Have I been too hasty? Have my senses taken flight? Can I do this? Shouldn’t I do this? Am I going to regret this?

My advice? Remember the reasons why you separated. I defy anyone who has gone through a separation to not get authentic moments of self-doubt. It’s a monumental, life changing thing to go through. Especially when children and assets come into play. Self-doubt will always be a thing – our brains are so powerful – often our own worst enemies at times. However, you will always know, deep down, if this is the right thing for you. So learn to let go of those niggling self-doubts that are there to catch you out.

It may just be a two person union, but it’s a union that other people will have a vested interest in. Family members will be hurt and they will articulate their pain to you. I’d find myself so overwhelmed with not just my feelings, or worrying about my son’s, but having to constantly remember that other people were hurting too. I’d adopt their worries and I’d find myself worrying about them worrying. And that’s fucking hard. But it does get easier.

Time is a healer

There it is again. My tried and tested saying. When I’m in the thick of a difficult time, I remind myself that it won’t always be like this. What feels horrendous one day, will almost always abate with the gift of time. Of course, it’s often not easy to remember that when it feels like your life is literally falling apart. But remembering you’ve seen through 100% of your worst days will hopefully give you the confidence to have faith that things will improve.

I’m a worrier. Anxiety has been my shadow since I was a young child. Post Natal Depression aside, this separation has been the hardest experience of my life. In fact, looking back, this separation was far harder than the PND. Silly little things that would weigh you down before, will just feel like silly little things by comparison. You won’t sweat the small stuff as much – because you’re frying some much bigger fish.

I’ve lived on my own for 7 months now. Something I’ve never done before. I wondered how I’d cope. But I did. And I do. You become more resourceful. You push yourself harder than you’ve pushed yourself before. My son lives with me and I’m not afraid to admit there’s been times where I’ve thought if he didn’t live with me and I didn’t have to work, there would be more days than not where I’d pull the duvet over my head and stay in bed. But I can’t. I’ve seen myself flourish in ways I didn’t think I ever would. So if you’re going through similar, remember to pat yourself on the back. It’s good to be proud of yourself.

OK, so right now there’s not a lot to be excited about. But prior to lockdown, I’d found myself coming out of a very dark place. December through to the end of February were the toughest months of my life. Winter didn’t help. But neither did me stressing about the future. Until one day I had an epiphany. I made a couple of decisions, altered a few things in my life and I noticed the positive impact that was having on my well-being. I looked forward to the next day as opposed to dreading it.

Life doesn’t come with a manual, despite me often wishing it does, but have faith in yourself that you can get through whatever it throws at you. And treat the difficult periods as a lesson that you needed to be taught.

If you’re in the thick of a separation at the moment (or maybe you were pre-lockdown), believe me I know what you’re going through. That scared feeling? I feel it. Stress? There’s been times I wanted to bang my head against a wall hoping it might somehow turn my brain off. But take it from me – better days are coming. The light that you think you’ll never see at the end of that long, dark tunnel will appear.